Screens, and therefore screen time, are an unavoidable part of living in the modern world, but that doesn’t mean that shouldn’t be controlled.

Yet many parents remain unsure of what the accepted guidelines are, or even how to control screen time with their own children. 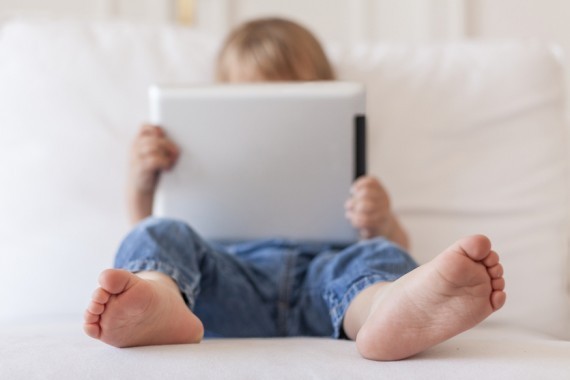 We’ve provided some useful information about the dangers of screen time, and how you should limit it in your family, as well as some tips and tricks for how to accomplish that.

How Much Is Too Much?

Obviously the first step for parents is to understand how much screen time is too much, according to the experts. We have the numbers here, but you might be surprised. For children under the age of two, no screen time is ideal. Children at this age should be learning in the real world, not digitally, and it’s imperative for their development. Between two and five, an hour a day or less is best. From five to 18, it’s just two hours over the entire day.

Can Over-Reliance On Modern Technology Cause Digital Dementia In Children?

Now let us explain. This is screen time for entertainment, not education. Experts do not think engaging lessons that feature screen should be counted in the overall tally. They instead recommend that parents monitor the amount of Electronic Media (or EM) that their kids consume including internet use, television, mobile phone and tables, as well as gaming. All of this is screen time.

Why Is It A Big Deal?

As a parent you might be thinking: What’s the big deal about screen time? Yes, there have been some studies published that indicate some benefits to be gleaned from (moderate) screen activities, but the sheer numbers suggest something different.

In fact, kids that are on screens more than two hours a day, particularly when watching television, are more likely to be overweight, less physically active, have unhealthy diets and fewer social interactions. Being a heavy screen user as a child can even affect the risk of being obese as an adult. Screen use means kids aren’t doing as much exercise, aren’t learning as much, and aren’t exploring the world. Here are some tips to help you control your child’s screen time.

When it comes to kids, the more supervision they have around screens the better. This is going to be a challenging thing for parents who have installed televisions in their children’s bedrooms. However, studies show that for every hour of television a child watches when they have their own television, their risk of being overweight increases by 31%. That’s data that’s difficult to ignore. Bring all screens into public areas of the house where they can be easily monitored and controlled. It’s important to have, and stand by, the rules of screen time in your house. If your children currently watch a lot of screen time, they might be very opposed to the idea of limiting it to two hours. However, it’s important to stick to your guns. Have clear rules about screens in your house, and make sure your kids know the rules, and know the consequences for breaking them. There are lots of other things for kids to do other than screen time.

3. Be Careful Using It as A Reward

One trap that many parents fall into is the idea of using screen time as a reward for good behaviour, chores and other positive actions on their part. This is ok some of the time, as long as kids have a limit on how much screen time they can undertake in a single day. There are bound to be the occasional day where they have more time, but we’re talking about averages here. If you are using it as a reward, don’t forget to keep track! Modern kids often don’t seem quite as adept at keeping themselves entertained as kids used to be. This is when they usually fall back on screen time, which as we already know isn’t doing them any favours. It can be hard for kids to change their behaviours, so as a parent you might need to give them a push. Make a list of activities that they can do without screens. Think art activities, imaginative free play, outdoors, reading and so on. These can be put in an activities jar that children draw out of when they’re ‘bored’ or simply kept in list form on the fridge for kids to see.

5. Change the Meaning of Family Time

Many families in the modern world struggle to get everyone together for family time. Because screen time is a simple way to keep everyone entertained, it’s often the case that families consider ‘co-viewing’ as family time. But this couldn’t be further from the truth, and does not encourage or grow family relationships. Consider other family activities like group exercise, board games, puzzles, arts and crafts and reading. For all ages, these are much better at creating a more connected family environment. Once again, it’s amazing that kind of impact that parents can have on the habits of their children. Studies have found that if a teenager’s mother watches more than two hours of television a day, or that parents encouraged co-viewing, teens were more likely to spend lots of time watching television as well. Think carefully about your own screen habits, and what is healthy for you when setting examples for your children. They watch more than you know.

At the end of the day, kids who spend time being sedentary on screens are missing out on the experiences of being kids. It is a challenge to enforce new rules, but when you think about the potential physical, mental and emotional benefits of swapping screens for the real world, it’s worth it.

What are you doing to control your child’s screen time? 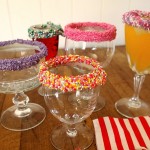 The Pros And Cons Of…