A study has revealed that toddlers who suffer burns by hot beverages do not receive proper first aid treatment despite many parents having completed first aid training.

The study, published in the journal Burns, suggests that many parents are unaware of appropriate first aid treatment for hot drink scalds in young children, which most often occur in the home.

Researchers from the University of Queensland have surveyed parents of 54 kids aged 0-3 years who were treated from a hot drink burn injury for 12 months at Lady Cilento Children’s Hospital.

Results showed that participants aged between six months and two years old had the highest incidence of burns – and most accidents occurred when children pulled a hot drink down and over themselves.

Only 28 per cent received correct first aid straight after the accident — which included applying 20 minutes of cool running water to the burn — with a further 18 per cent treated within three hours, usually at an emergency department.

This happened despite the parents having completed first aid training during the twelve months prior. In addition, most accidents occurred while parents were close by, which suggests that supervision isn’t enough to prevent what is the leading cause of burns in young kids.

Lead author Jacquii Burgess of the Centre for Children’s Burns and Trauma Research, said that some parents only apply water for a short period. “The most common reason parents reported applying water for shorter periods of time was that they thought it was adequate or the child was too distressed,” she said in a statement.

“Lack of supervision is often cited as a primary contributor to childhood injuries but for these scalds it appears that attention and continuity of supervision play a more important role than just being close to your child to keep them safe,” she added.

The team are hopeful that their study will inform prevention campaigns to help lower the number of children presenting with hot drink injuries.

More information on how to treat burns can be found here. 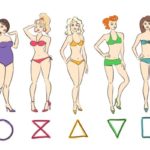 What Your Body Shape Means…