Plenty of parents do it… let their kids have a sip of alcohol here and there to try.

Sometimes, it’s on special occasions, so they “get used to” the taste of alcohol. Other times, it’s in the hope they will learn to be sensible about alcohol consumption.

Often people will cite the French as being a good example to base this practice on they are said to let their children drink wine with them from the age of around 12.

Lots of parents model their approach to introducing their kids to alcohol based on this – thinking that it is a safe way to get them to drink at a family meal. However, there’s no scientific research to back this up.

But experts say that it is a big no-no and could actually lead to substance abuse. Researchers from the National Drug and Alcohol Research Centre at the University of New South Wales have found that those sips can lead to lifelong alcohol abuse.

According to lead author of the study epidemiologist Dr Monika Wadolowski, the findings were unexpected.

She told the New York Times that the whole issue of sipping came as a surprise.

The researchers found that parents who perceived their children’s peers were using drugs or alcohol were more likely to let them try sips at home. They also found associations between increased home access to alcohol and lenient rules about alcohol use.

“What was really interesting was to find the parents who were supplying alcohol to their children, they had good parenting practices, they had strict rules, they monitored their children’s relationships,” Dr Wadolowski said.

So if parents think their kids are hanging out with other kids who are drinking alcohol, they are more inclined to let them try it “safely” at home in the believe it will protect them from unsupervised alcohol use with their friends. These results back up previous research from 2014 from the University of Pittsburgh that found child sipping is related to earlier initiation of drinking, which is a risk factor for other problem behaviours such as binge drinking and drug use.

This research found that allowing kids even small sips of alcohol can be viewed by teenagers as implied approval, and that by normalising alcohol use and providing a safe space to drink in, parents are giving their kids a green light to drink.

Meanwhile, Sir Liam Donaldson, the former chief medical officer of England, recommended in 2009 that children should be completely alcohol-free until they are at least 15 years old.

So if you are wondering whether you should let your kids have a sip of your wine or a taste of your Bundy and Coke, the answer is: probably not. 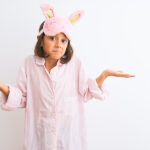 Survey Reveals The Most Difficult… 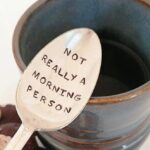