We live in a world of rapidly advancing technology. Every six months there is a newer, faster, better device on the market, often with more features than the last, encouraging us to upgrade.

Our children are mesmerised by the world of digital, high resolution graphics, so much more appealing than the grey-ish green, miniature screens and plinky-plonky sound effects of past video games. It’s no wonder modern kids find these devices so engaging and even addictive. They are everywhere, from smartboards in classrooms to DVD players in cars and, of course, the smartphone in mum or dad’s pocket.

Still, this technology doesn’t make everything easier. For one, it’s sparked a new debate as to just how much parents should allow their children to play on these devices, with some parents and experts arguing that too much screen time can be bad for kids’ health and mental wellbeing.

So just how can you balance your children’s passion for technology with their need to play in the world around them. Play is so important to the development of a child. Touching, smelling, seeing and hearing the outside world all play a part in this development, and these senses can’t be truly replaced by the technology we have on hand. What’s a parent to do? Well, we have some ideas.

As we progress into this new technologically advanced world, parents are realising that for this new generation of kids they need to strike a balance between their kids’ love of technology and their need for developmental play. There are so many ways to do this, from getting your kids outside with their tablets to explore the world, or the solar system, to mixing the two arenas with hobbies like geocaching. Companies are catching on as well, and we’re seeing a surge in modern toys that effectively bridge the gap like the Wii console and the Springfree Tgoma, which encourages kids to play digitally at the same time as moving their bodies and maintaining an active lifestyle. It’s always a good idea to have set limits for screen time, just as it’s a good idea to set limits with kids on the amount of biscuits they can eat or how late they can stay up. Kids struggle to set their own limits, and they often need mum or dad on hand to help them out. So, when your kids reach an age where they’re embracing screens and other technology even more, be clear about what their limits are. Screen-time for learning shouldn’t be lumped with screen-time for playing, but too much time on technology, especially when spent inside, can cause issues with attention and eyesight. At the same time it’s important to understand that old guidelines of 1-2 hours a day per child, aren’t really relevant in the modern world. Be A Good Example

If you want your kids to stick to the limits you enforce about technology, you need to stick to them as well. Make sure your kids aren’t seeing you constantly on your phone, tablet or computer when you’re put specific limits on their own usage. Also, if you’ve set ‘technology-free zones’ in your house, such as bedrooms and the dining area, make sure you aren’t breaking your own rules by having your phone with you in these spots. The fastest way to undermine your own rules is to not follow them yourself, and who knows, limiting your own technology use might encourage you to access your inner child and play more as well. Technology can have such a wonderful place in the world of children, but at the end of the day sitting in a room playing on screens doesn’t compare to being hands on in the real world. So make sure you encourage kids to get outdoors, or to play indoors with their hands. Having a go at painting or drawing, experimenting with play-doh, or even digging in the dirt are all a necessary part of being a child, and while apps can be an incredible learning source, they cannot replicate the outdoors. 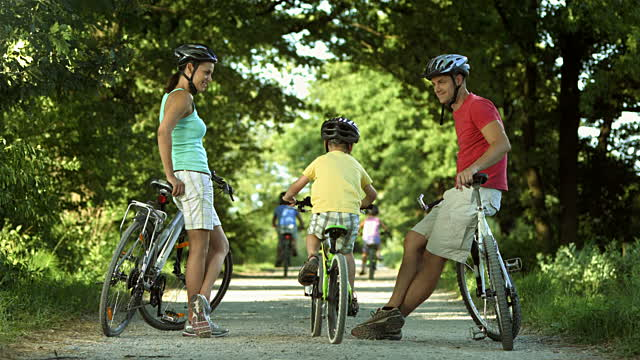 At the end of the day one of the most important things to remember about raising children in the 21st century is that you’re raising digital natives. These kids have played on iPads and iPhone before they could walk, they pick up new technologies faster than you ever will, and they’re perfectly adapted for the world they’re going to inherit. We’re raising kids now to be adults in a future we still don’t really understand. We’re educating them for jobs that don’t even exist yet. Their understanding of technology, and their familiarity with it, will serve them well in the future, so limiting them from discovering the digital age is only going to make life harder down the line.

You should head over to our friends at APN’s new site, ‘Hey Mumma‘  who are hosting over six weeks four Aussie mums who will deal with a range of different topics relevant to Australian mums! Go check it out at www.heymumma.com.au