Fear grows for the welfare of missing Gatton teen Jayde Kendall after an item that belongs to the school girl was discovered off the Warrego Highway.

Police are seeking information as the search continues for the sixteen-year-old who was last seen leaving Lockyer District High School, west of Brisbane on Friday afternoon.

Police divers late yesterday searched a dam on a property at Walloon, about 45km from Gatton, after the item was found, while SES crews also searched the area.

The development came after police interviewed a man who had picked up Jayde from her school on Highview Ave on Friday about 3.15pm.

Jayde knew the man and they were associated through work and school, police said. The man was later released.

“We believe he was with her for some time “” by that I mean some hours “” after that we are not certain where she went or what happened to her.”

The sixteen-year-old had been rostered to work at McDonald’s, about 1km from the school on the afternoon she went missing.  Instead, she was seen walking in a different direction and getting into a red car.

Jayde has not been in contact with family or friends since, nor has she used her mobile phone.

A number of residents have stopped to speak to police at the search site this morning as SES crews are now combing bush land further along the highway.

Detective Inspector Isherwood said the teenager’s father and younger brother were in a “terrible state”, especially after losing Jayde’s mother some years ago to cancer.

“It’s totally out of character, it’s a very close-knit family,” he said.

“There’s nothing to suggest that something untoward has happened to her at this stage but the reality is the longer it goes [on] the more pressing our concerns are,” he said.

If anyone has any information about where Jayde is or any information that would help they are urged to contact Crime Stoppers anonymously via 1800 333 000 or www.crimestoppers.com.au 24 hours a day. 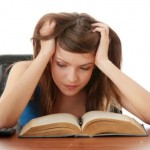 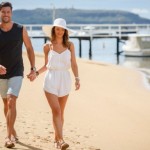 The Bachelor Bobbing For Boobs