A baby girl has suffered horrific burns to her face after she got hold of a phone charger and stuck it in her mouth.

A mother took to Facebook to warn others about the dangers of leaving phone chargers around children after her 19-month-old daughter was burned when she stuck a phone charger in her mouth.

Courtney Davis, from the US, shared on Facebook how her daughter got the horrific facial burns.

She said that she normally doesn’t leave her phone charger with her daughter’s reach except for that fateful day, September 28th.

“Any other day my charger wouldn’t have been plugged up in her reach but bc of a bunch of stuff going on that day I didn’t have time to move it. It took all of a few seconds for her to get burned,” she wrote.

Ms Davis said she took her daughter to the doctor who confirmed it was ‘an electrical burn.’ “There was nothing they could put on it due to her being able to lick it,” she wrote.

Ms Davis also wrote that people had been asking her what kind of charger it was and said that it was a store bought charger that fits a Samsung Note 5.

She also posted graphic images of her daughter’s burns on the corner of her mouth along with a warning to parents and guardians.

“Parents, Grandparents, babysitters etc please put your chargers up out of reach. My daughter was lucky the next kid may not be as lucky as her,” she wrote.

In an update to her post, Ms Davis said that although her daughter’s sore looked like it was getting worse throughout the week, the sores already began to heal, but they were still referred to a plastic surgeon. 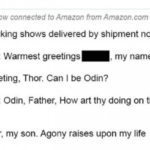 Should I confess to my fiancé I cheated once?
Answered 1 hour ago
Women that have had sex with circumcised and uncircumcised penises, which feels better?
Answered 3 hours ago
Lose a Kilo Soup
Asked 6 hours ago
What is the best site for learning British Sign Language ?
Answered 8 hours ago