Have you been left at the altar?

Did you lose your libido after having kids? Did do anything that helped bring it back?

From an over thinker....

Does anyone remember seeing the 'boy' behind the curtain in 3 men and a baby movie?

Lovely aromas and textures from a bag of ‘19 honey soys. You know a wise man once told me if you dip your balls in soy sauce you can taste it in your mouth! :)

It is so easy just to spurt out a few throwaway lines to your child in the heat of the moment without considering the consequence.

Things that you were possibly told in your childhood that probably didn’t sit well with you either. Here are the 10 worst things you can say to your child..

We love to tell our kids they are the best at everything, but that’s not always the best way to go. They have to recognise the value of hard work, and this won’t happen if you are admiring them every second of the way. Being aware that “you are the best” leaves very little for improvement.

It is better for a child’s self-esteem if you focus your comments and admiration on the ‘How’ rather than the ‘What.” Comments like “You put so much effort into that drawing” rather than “You did a good job drawing that butterfly” will make the child appreciate the fact that you noticed his effort. Kids are like us; they need the reassurance that their efforts are appreciated and that they don’t go to waste.

8. “You should set a better example for your brother/sister.”

Being expected to be a good role model for your siblings is rough. It sets the expectation that the child has to be more than he can offer to his family.

It also disregards the fact that everyone experiences rough moments in a day and as children, they make not-so-perfect-decisions. But they are children who are learning the curves of life and as much as they want to be a source of inspiration, they are just kids, too.

This has to be one of the worst parent statements around. Children learn most of their life skills by example, the same way we learnt our life skills while watching our parents.

Young people not only learn through observation, but they also absorb things quickly and in silence, so what they hear you say and see you do will form a pattern in their personalities. Don’t say things like “Life is a bitch!” and expect them to be positive with their outlook in life. Changing the patterns that you are not happy with takes a very conscious effort. You have to remember though that everything begins with you.

Do not explode with sweeping statements. Sometimes, without full proof, you accuse your child of things and you probably know as an adult that accusations are painful, whether you’re referring to a disruptive behaviour or an incident between siblings. Avoid making haste statements as this can cause friction in the relationship among family members.

Being accurate with your statements when discussing an incident with a child will lead to a more powerful conversation.

Any statement that starts this way cuts straight into a child’s self-identity.

Whether you’re saying, “You are a naughty boy” or “You are a good girl”, either statement will contribute to how the child perceives himself. A more appropriate proclamation might be, “Your behaviour is bad” which refer to the activity that is happening rather than attacking the personality of the child. 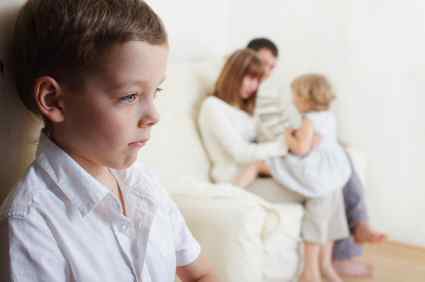 The message that you are actually telling your child is, “I am not happy with who you are”. You’re just saying it a bit differently because you think that comparing your child to another one is less damaging. Either that or you may have heard it too often when you were young that you think it’s alright to say that.

Comparisons clutch your child by the hand and lead him to a crisis. Once the child starts thinking, “Maybe I should be like that or this person,” you know that you have done an awful job. Don’t pat yourself on the back. Children need to be assured that the only person they should be is themselves. They will make mistakes, as you have countless times, and they need their parents more than anyone in the world to guide them through.

Dr Seuss just has the perfect words: “There is no one alive who is you-er than you!”

3. “You should be ashamed of yourself.”

Shaming children can make them feel that they are a disgrace to the family instead of being a valuable part of the team. You don’t have to support a child’s choice in an incident which you think is inexcusable, but you can always lovingly correct a mistake. This is the very reason why dialogues are very important between parents and children.

There is a reason why you are called a parent and they are called your children, and there is nowhere in that relationship that says shaming is acceptable. Letting them know that no matter what, your love is unconditional, will help you and the child move through the issue in a positive way. Disappointment is a powerful emotion. It drains the soul. No one likes to be disappointed in life, but telling your child that they are the source of your disappointment is very damaging. Keep the discussions about poor behaviour or choice to exactly that — the choice or the behaviour.

When anger sets in, it’s always too easy to blow off and bring up how disappointed you are. Before you speak, think about an incident in your younger life when you were told how disappointing you were (oh, we’ve all had it!). Then you’ll feel that dagger in your chest again. That’s not what you want your child to feel, do you?

According to the author of “Children of Divorce”, a statement like this might be just meant as a throwaway line to you, but to children who are developing their self-identity, “never” could resonate their whole life through. If a child has it in his head that he will NEVER be forgiven, he will not be sorry about the mistakes that he will make. He will NEVER be forgiven anyway, so what’s the fuss? Never is a word that should never be used by a parent.

Sometimes it is hard to remember that these little people in our lives are really adults in the development phase, and how we guide them through their development will make an impact in their adult life.

How do you communicate with your kids?

What is the worst thing you can say to your child?