A while back I told off a kid at my local playground.

He was about 12 years old and was there unsupervised, causing havoc, trying to destroy playground equipment, acting extremely anti-socially, and getting up in the faces of my daughter and the little girls who were there with her celebrating her sixth birthday.

He was twice their age and much bigger. He kept harassing the girls, calling them names, upsetting them, and then would go back to his business of trying to destroy the swings. You know when kids pick the swings up and throw them up over the top beam so that nobody else can use them? He kept attempting to do this over and over, until he was successful and one was looped over the top, out of reach and out of order, the only one at the playground with the toddler safety belt, no less. I had determined the boy had no parental supervision and called out to him while he was in the process of trying to ruin the swings. He just ignored me. When he came back to start up on the girls again, I asked him to leave the girls alone and stop trying to destroy the playground equipment. I didn’t scream at him, I didn’t swear, but I did speak quite sternly.

He left the park. Well done me, I thought.

An hour or so later when I was back home, his father knocked on my front door to tell me off for telling his son off. The boy supposedly knew where we lived because he had a friend in our street and had seen my daughters playing outside before – I hadn’t even been aware of this boy before that day.

The father gave me a mouthful about how I didn’t own the playground (I had never claimed I did) and that his son could do whatever he wanted and he couldn’t be expected to keep a 12-year- old boy at home, not roaming the streets, and how DARE I try to tell his son what to do.

Needless to say, I got nowhere talking sense into this man. I really don’t think I was out of line asking a feral child to stop acting in an obnoxious and antisocial manner in a public place. I concluded that the apple hadn’t really landed very far from the tree, because this dude was up in my grill, on my own doorstep, the way his son had been obnoxiously getting up in the faces of my daughter and her friends. Thinking back to my own childhood, I can only imagine if I’d gone home and whined to my mother and father that an adult had told me off for that sort of behaviour they’d have said “good!” and maybe given me a clip around the ear for good measure. And if they’d dragged me to that adult’s front door, it would be to apologise, not to tell the adult off for calling me out on my shitty behaviour.

So I was impressed to read a story that’s gone viral by a US blogger, Baby Sideburns, where she recounted how a stranger in a playground reprimanded her child… and she was completely okay with that. Perhaps the world hasn’t completely gone to hell in a hand basket and there’s hope for humanity yet.

Dear stranger who disciplined my kiddo at the playground today,

Ummmm, yes. YES IT DOES.

I didn’t get the chance to say this today, but THANK YOU. Because if my kid is acting like a douchenugget and I’m not around for whatever reason, you have my permission to tell him to knock that shit off. I’m not saying you have the right to touch him in any way or yell at him uncontrollably (only I’m allowed to do that), but please feel free to tell him to stop being a jerkwad if he’s not waiting his turn to do the monkey bars. Or if he’s walking up the slide. Or if he’s throwing wood chips. Or if he’s saying bad words. Or being a bully. Or doing anything that he shouldn’t be doing that’s bothering someone else.

Because even if you aren’t his parent, you are the adult, which means you are smarter than he is. And yeah, I know there are probably a-holes out there who would be all pissy about some stranger getting mad at their kiddo, but not me. 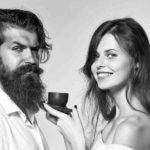 Fertility Teas are a Real…