Bullying is a serious problem that takes away a child’s enthusiasm for life and can cause severe mental health issues well into adulthood. These Anti-Bullying Picture Books for Kids are perfect to help.

Concerned professionals take the initiative in curbing bullying to young ones with these fantastic paperbacks, attempting to teach ways to solve the issues and causes of bullying. Through this, they have developed various strategies outlined in anti-bullying picture books.

These books have been dedicated to all the kids — bullied or not. May these help them become heroes that will save anyone from bullying in whatever forms.

Here are the top 10 anti-bullying picture books for kids:

This is a story about a young racoon named Lotty. Lotty is a new student in school yet she is jeered at by a bully named Grant Grizzly. However, Lotty thought of an idea of stopping his intimidation. She calls out all the students who were bullied and together they form the Bully Blockers Club.

The club helps out any student in school who is threatened by bullies . The club is gaining a lot of support from many students, which eventually stopped bullying.

A book by Patricia Polacco tells a story of a certain girl named Lyla. Lyla found a friend named Jamie when she first moved to the new school. When Lyla joined the cheerleading squad, some popular girls began to threaten her and telling her to leave Jamie behind if she wants to be in the squad. Yes, she avoided Jamie and enjoys the company of the squad. She soon finds out that the cheerleading squad is bullying other girls on Facebook. When she realises that Jamie is one of the students they preyed upon, she backs down and leaves the team.

This time, the girls are now out for revenge.

Molly Lou Melon is a petite, clumsy little girl with a not-so-perfect voice likened to a ‘bullfrog being squeezed by a boa constrictor’. But Molly doesn’t mind; after all, her grandmother has got her back. Her grandma keeps on telling little Molly to believe in herself, smile often and sing aloud.

Her confidence was greatly challenged when she moved into a new town. Her grandmother and friends aren’t around to back her up. In school, Molly meets a bully named Ronald Durking. Ronald begins to call Molly some mean names like “shrimpo”. Tired of being picked, the little girl comes out of her shell and proves Ronald wrong.

This is a story about Carly, who had a perfect playing time with her older sister, Sandy. One day, a girl named Lily just moved in next door. Carly and Sandy are happy to have a new playmate. But grumpy Lily Jean changed playing time for the sisters. Lily wanted to play house and asked Carly to be the baby. Whenever they play King and Queen, King Lily demands Carly to be a dog and asked her to bark like a real one. Carly had enough of everything and thought of a way to teach Lily a lesson.

Mama Hyena and young Pinduli went on to hunt in a hot, east African afternoon. Mama Hyena tells Pindulli to stay beside her but the young hyena strayed for some adventure. She comes across a herd of wild dogs, a lion and a zebra who teased her about her queer look. In order to blend with the wild pack, she rolls herself into the dirt to have a dark coat and pins back her ears.

On night, Pindulli was mistaken as “ghost” by the wild animals in the savannah. The clever, young hyena pretended that he was indeed a “ghost” and advises all the animals who teased him “to find their tormentors and make peace by offering a bit of every meal.”

Pete has just moved in to a new school where the kids are warm and friendly.

When Pete began to behave badly, he marvelled at how the kids reacted to his bad behaviour. The school kids did not just stand and watch; instead they taught Pete an important lesson on “the Promise” which Mr. Peltzer gave them. These amazing kids helped Pete to let go of his nasty habits and soon, he also vowed his own “promise” to look after each other’s well-being in school.

Set in South African streets, the story is about a boy named Ajani and his friends who just held a genuine soccer ball for the first time. The boys come out in an alley to play but a group of bullies tried to steal the ball away. These clever young men are on track not just to retrieve ownership of the ball but to employ bravery in facing these bullies.

Kristabelle was a popular girl in class. One day, she makes an announcement in class about throwing a fantastic birthday party. She shows everyone a list of the names that will come to the party. No one wanted to be left out especially Willow. And so Kristabelle used this opportunity to boss around and demands everyone to do what she wants. Everyone fears of being crashed out from the list, so they obey without hesitation. Willow has grown tired of Kristabelle’s hounding and finds a way out in telling Kristabelle the truth about her mean actions.

9. Spaghetti in a Hot Dog Bun

Ralph is so amused with Lucy that he likes picking on her. But that is about to change when Ralph badly needs Lucy’s help. This is a story about Lucy who never doubts herself but stood firm to what she believed is right.

Katie and Monica have been the best of friends ever since they were small. Monica shares her intimate secrets to Katie. Later, Katie begins to gossip about Monica to her other friends. She keeps on manipulating and namecalling Monica which humiliated her more. Luckily, Monica learns to face her own monsters and reclaims her integrity with help of a supportive adult — her mum.

These books are not just your regular bedtime stories. May this be an opportunity to help your child be aware of the consequences of bullying and the various ways to get out of it. But it will be more effective if you create a bully-free atmosphere in your home where your kids are nurtured and loved.

Which anti-bullying books you want to read to your child? 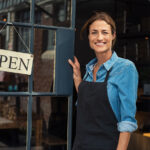 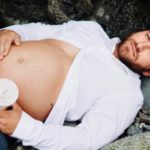