Australians are known to be hardworking, talented and compassionate. Because of these traits from its people, Australia is one of the best continents to live in.

Here at SAHM, we love our own. Because of that, we are shedding some light on several Aussies that have made their mark in the Hollywood scene and all over the world.

Catherine Elise Blanchett was born in Melbourne but has top-billed several Hollywood movies to date. She is known to be the only Australian to win two acting Oscars (for “The Aviator” and “Blue Jasmine”).

Interesting fact: After finishing her role as Galadriel in the “LOTR” trilogy, Cate asked to keep her elf ear prosthetic.

Hugh Michael Jackman was born in Sydney and is known to everyone for portraying Wolverine. Before becoming an actor, Hugh was a gasoline station attendant doing graveyard shifts.

Interesting fact: He used to wear red tights for playing Gaston of “Beauty and the Beast” in a play and he hated it because it caused him headaches.

I just cannot, not include the late actor on this list. Born in Perth, Western Australia, Heath Andrew Ledger won 32 posthumous Best Supporting Actor awards for “The Dark Knight.” Heath’s death was caused by a cardiac arrest.

Interesting fact: He used to be a carwash boy before he became a successful actor.

Next Page: More Australian Ex-Pats Who Made It Big In The US 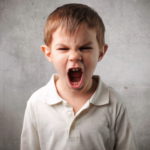 Rise Of The Threenager 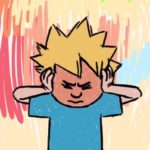