A divorce could be the worst thing to happen in a household.

But knowing that the kids are also involved one way or another, as parents, we should also break it to them gently without lying to them.

Kids are very sensitive to certain issues, especially those that involve them. We are living in a modern world, so it is a good thing if we let our children be aware of almost (if not all) every issue that the family faces. Instead of having them live in denial, we as parents should let them learn how to deal with things such as divorce.

Here’s a list of some of the books that can help kids deal with divorce:

1. The Suitcase Kid by Jacqueline Wilson

This one is about acceptance and making new friends. Andy, the main character on this novel by Jacquelin Wilson and Nick Sharratt is torn between her mum and dad after their divorce. She is also set to bring back her parents’ relationship. However, she came to a realisation that she should accept the fact that her parents will never be back together and she too should move on like what they are doing. This book has a witty tone and sheds the light on Andy’s charming character.

This book is great for kids aged 3 – 7 because it has a list of divorce-related words and what they mean. Written by Laurene Kransy Brown and Marc Brown, the book has an easy-to-read platform that will have kids engaged and invited. The best thing about this book is its frank nature and the fact that it does not deny the reality of divorce to kids.

3. My Family’s Changing by Pat Thomas

Written by a psychotherapist and counsellor, this book helps children undergo the process of acceptance when a divorce occurs. The protagonist has in-depth realisations that he is not the cause to his parents’ divorce. The book gives you a rundown as to how the parents have handled things before, after and during their divorce and how it has affected their child.

4. When My Parents Forgot How to Be Friends by Jennifer Moore-Mallinos

Children are the ones affected by the parents’ fighting and getting into divorce. This amazing book by Jennifer Moore-Mallinos teaches children to avoid being confused when there is a rift between their parents. The book encourages children to not put the blame on themselves and teaches them to accept the love from both parents even after divorce.

5. I Have Two Homes By Marian De Smet

Nina, the protagonist, recalls how is it to experience having divorced parents. Apparently, she said that it seems that she is “living in two homes” because of it. This books gives us a peek into the mind of a child who has to accept that she lives in two homes, with two separate parents and learning to work around the reality she is living in.

6. Standing on My Own Two Feet

This spectacle of a book makes it a point to make the readers understand that divorce is not to be blamed on the child (or children) and that divorced parents still love their children no matter what. Slightly comparable to “I Have Two Homes,” Addison, the protagonist narrates that he also has to live in two houses and that at times, he would miss the parent that he is not with. This book is truly compelling and realistic.

7. Was It the Chocolate Pudding? by Sandra Levins

This book by Sandra Levins gives a little technical taste to the platter. It did an in-depth explanation of the things that a child undergoes whenever there is a divorce in the family. It touched on issues such as single-parent homes and joint custody. It also highlighted how children of divorced couples could feel rejected, sad, lonely and confused. However, all these negative feelings got beautifully addressed on this go-to book.

The problems faced by a child that has divorced parents has too be ranging from negative feelings to being torn into which home he or she should go home to today. Nevertheless, affected children could actually thrive in both homes eventually. This book is a reminder that divorce is not a teeny tiny thing and that it has to be really handled with care.

This one is another take on the children going to separate houses at times. It points out that divorces happen and that the children will be fine with any setup their parents might have planned for them.

This book shows how children could be adapting to what’s happening inside the household. Rosie, the protagonist was told by her parents that they were getting a divorce. Upon knowing, Rosie tried to be cheerful, she also cleaned the house and gave her parents the money in her piggy bank. However, her parents still plan on separating. Rosie had struggled a lot, but at the end of the year, she has found a support group that helped her a lot when it comes to coping.

Do you have any fantastic books on divorce to add to the list? Let us know! 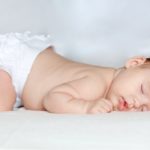 Do you celebrate invasion day ?
Answered 2 hours ago
Is your partner a dribbler or a shooter?
Answered 11 hours ago
5 Types of Worms Children Can Get And How to Treat Them
Asked 1 day ago
65 TV Series You Must Watch Before You Die
Asked 1 day ago