More than just augmentation, there are actually different types of breast surgeries available.

Some of them are carried out for cosmetic purposes while others are done to solve complications that arise from breast abnormalities. Below are some of the surgical procedures commonly carried out on breasts.

It is a procedure that helps to enlarge the breast size or restore breast volume through breast implants or in some cases fat transfer is done. It involves making a short incision under the breast or around the areola.The surgeon then positions the implants between the breast tissue and the pectoral muscle. In a case of fat transfer, the surgeon removes fat from other parts of your body such as abdomen or thighs and injects it into your breasts.The most common types of implants include saline-filled implants, silicone filled implants, and cohesive gel silicone implants. The procedure is usually safe as long as the surgeon uses standard implants.

It is an operation in which the entire breast is removed as a way of treating or preventing breast cancer.

It is done to make the breasts smaller so that they can be in proportion to the rest of the body, and to alleviate the discomfort that arises from having overly large breasts( for example back, neck, and shoulder pain). The procedure takes an average of five hours and involves making incisions on the breast. Excess breast tissue and fat are then removed, and the nipple is shifted to a higher position. Finally, breast incisions are closed with stitches that are removed after a week. It leaves visible scars that fade over time.

Breast lift surgery is a procedure that reshapes and raised the breasts, leaving them looking fuller and feeling firmer. It corrects breast sagging, which is a common problem that occurs as a result of pregnancy, breastfeeding, weight loss, or the aging process. The surgeon removes the excess skin from underneath the breast and tightens the surrounding tissue. Nipples are also repositioned to a higher position to give the breasts a more youthful shape. The procedure does not cause a significant change in the size of the breast. However, it leaves some scars but the surgeon tries to keep them to the minimum.

Some people have inverted nipples that point inwards, a condition caused by shortening of milk ducts at the point where they come into the nipple. This is usually a cause of discomfort and embarrassment to the affected people. During the procedure to correct this condition, an incision is cut at the base of the nipple, and the milk ducts that are tethering the nipple inwards are divided. As a result, the nipple comes out and lies in its normal position. The surgeon then uses soluble stitches at the base of the nipple as they hold it in position while it is healing.

It is common to have asymmetric breasts among most women but in some, the difference in size is more pronounced, making them feel more self-conscious. As such, breast asymmetry correction is a surgical procedure that improves the proportion between the two breasts.

After establishing the ideal breast size for you, the doctor helps to determine whether it is appropriate to enlarge the smaller breast with an implant or to reduce the larger breast.

Tuberous Breast is a genetic condition in which the breast gland and the overlying skin does not develop normally, leading to small oval breasts and a puffy areola. To correct the situation, internal incisions are made in order to release the scar tissue and create a more natural breast crease. Also, excessive skin is removed so as to lift the breast and normalize the appearance of the areola. The surgery takes approximately four hours to complete and is usually outpatient procedure.

It is a surgical procedure used to treat various abnormalities that can occur in the areola. Such include widened areolae, non-circular areolae, and raised areolae among others. During surgical treatment of the condition, an incision is made around the perimeter of the areola and the excess tissue is removed. The doctor then uses stitches to close the incision and places gauze dressings over the breast. The effects of the procedure are usually permanent, and the scars are limited to the junction of the areola and the nipple.

This surgical procedure is done to treat people with additional (supernumerary) nipples. The nipples develop in both men and women although the causes are unknown. People remove the nipples for cosmetic reasons, but they are unlikely to cause any medical problems. During the procedure, the surgeon usually cuts around the edges of the extra nipple and removes it together with some underlying tissue. Stitches are put in place to close up the area.

It is a common surgical procedure used to treat distorted breast implants. Such complications usually arise when the scar tissue forms around breast implants, causing the breasts to harden. To solve this, the scar is cut and is allowed to expand. With this, restriction and compression of the breast implant are released, and, as a result, the breast softens. In the long run, the procedure results in the improved position of the implant.

It is important to note that the above procedures are not only reserved for women. Men sometimes also have abnormal breast tissue growth that necessitates surgical operations. Enlarged male breasts are caused by hormone levels especially during puberty or by a buildup of excess fat on the chest. Due to this, there has been a significant increase in male breast reduction surgery over the recent years. 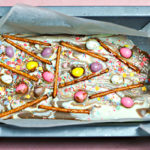 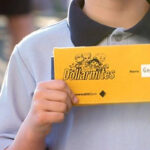 The Death of The School…

SMS SCAM. I am a member at cross roads and millers and get the occasional sale alerts via sms.
Answered 1 hour ago
Is your partner a dribbler or a shooter?
Answered 3 hours ago
Chicken Vol Au Vent
Asked 14 hours ago
5 Types of Worms Children Can Get And How to Treat Them
Answered 14 hours ago