While I’ve had my share of poor customer service stories, most stories I have are quite pleasant ones.

However, these people take customer service to the next level.

I mean, seriously, you can’t finish reading this article and not appreciate their enthusiasm. Here are epic customer service stories to make your day.

1. A special airport delivery by Morton’s

Peter Shankman was craving for some good steak during his flight from Tampa to Newark in the US. Naturally, he tweeted Morton’s Steakhouse, asking them if they could meet him with a porterhouse steak upon his arrival. That was a joke – or it was supposed to be a joke.

Looking for my driver, I saw my name, waved to him, and started walking to the door of EWR, like I’d done hundreds of times before.

“There’s a surprise for you here.”

I turned to see that the driver was standing next to someone else, who I just assumed was another driver he was talking to. Then I noticed the “someone else” was in a tuxedo.

And he was carrying a Morton’s bag.

2. Thor from Amazon saves the day

A man was in for a surprise when Thor personally takes care of his concern! Well, almost but not quite.

Superb PR from the superstar of many people’s childhoods (and the bane of existence of mums everywhere).

This kid lost a crucial piece of his Ninjago kit, emailed Lego about it, and got the best news of his life.

This is the letter the little girl sent:

And this is the warm, totally awesome response by Sainsbury’s:

5. A tale of compassion from Southwest Airlines

The first 4 customer service stories we read are all lighthearted and a little bit silly even, but this story might just make you tear up. A little. Crash that – you might tear up a lot.

This is Nancy’s story:

Last night, my husband and I got the tragic news that our three-year-old grandson in Denver had been murdered by our daughter’s live-in boyfriend.

He is being taken off life support tonight at 9 o’clock and his parents have opted for organ donation, which will take place immediately. Over 25 people will receive his gift tonight and many lives will be saved.

This morning, after only a couple hours sleep, my husband and I began to make all arrangements to get him to Denver to be with our daughter. He is currently on business in LA and is flying Southwest.

While his employer, Northrop Grumman, made arrangements to get his ticket changed so he could get to Tucson today (which he had to do in order to not spend any extra money) I called Southwest to arrange his flight from Tucson to Denver so he would be stepping off one plane and getting on another.

He has several free flights with them so I couldn’t really do it on the website. The ticketing agent was holding back tears throughout the call. I’m actually her step-mother and it’s much more important for my husband to be there than for me to be there.
In LAX, the lines to both check a bag and get through security were exceptional. He got to the airport two hours early and was still late getting to his plane.

Every step of the way, he’s on the verge of tears and trying to get assistance from both TSA and Southwest employees to get to his plane on time.

According to him, everyone he talked to couldn’t have cared less. When he was done with security, he grabbed his computer bag, shoes and belt and ran to his terminal in his stocking feet.

When he got there, the pilot of his plane and the ticketing agent both said, “Are you Mark? We held the plane for you and we’re so sorry about the loss of your grandson.”

The pilot held the plane that was supposed to take off at 11:50 until 12:02 when my husband got there.

As my husband walked down the Jetway with the pilot, he said, “I can’t thank you enough for this.”

My husband was able to take his first deep breath of the day.

I don’t know any other airline that would have done this.

This story of a Tesco customer complaint is awesome from beginning to the end. This is Mandy McKinley’s quite humorous complaint:

And this is Tesco’s rather lyrical response:

On his way to a job interview, teenager Yasir Moore dropped by Target to pick up a clip-on tie. However, the store only carries regular ties. But this disappointment quickly turned into the highlight of his day – possibly one of the best highlights of his life.

8. A 47-year layover care of Skyscanner

Finally, if you want good-natured customer service humour of epic proportions, you must read this funny exchange between a Skyscanner customer and a rep named Jen. And Jen certainly didn’t plan on stopping there: Do you know any brilliant customer service stories? Share it with us in the comments! 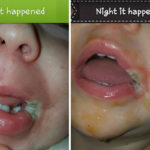 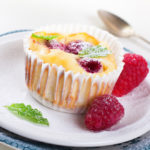