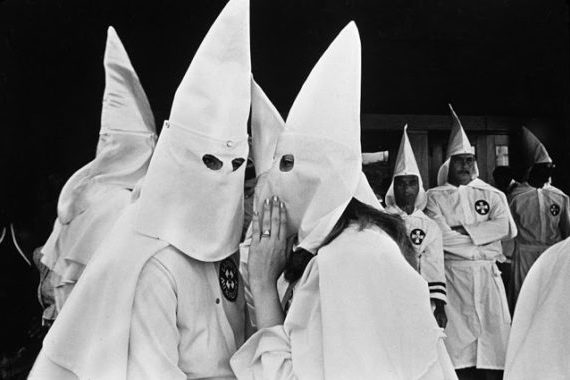 The world we live in is a complex one, and there’s often more to it than meets the eye.

But with our busy lives, it’s easy to forget that there are secret societies operating all around us, some of which have been seen for hundreds of years in human history.

We’ve been doing some digging on these secret societies, and we thought we’d share what we’ve found with you. So, here are 10 secret societies and organisations working in the background, some of which we bet you’ve never heard of.

There’s a very thin line between the myths and the realities of this organisation, also known as the Poor Fellow-Soldiers of Christ and of the Temple of Solomon. However, we do know that when they were active, they played a strong role in the current events and maybe had a hand in altering history.

They were active during the Crusades, and at it’s peak the Knights Templar was thought to have between 15,000 and 20,000 members, of which around 10% were knights.  They were among the most wealthy and powerful of all of the Western Christian military orders, and are certainly one of the more well-known organisations. Support for the knights fell after the Holy Land was lost, and in 1312 the group was forcibly disbanded by Pope Clement V.

This is one organisation where the name itself inspires a sense of fear, so you might be surprised to learn where it actually comes from. Skull and Bones is an undergraduate senior secret society at Yale University that was first formed in 1832. Informally, and mostly among members, it’s known as Bones, and its members are called Bonesmen.

New members are selected every spring from the pool of new students, as they have been since 1879. The group selects 15 students, and women have been included since the 1990s. The students picked are those the organisation sees as possible campus leaders, and future notable figures. If you believe the conspiracies, Skull and Bones plays a role in the global conspiracy for work control, and may even be a branch of the Illuminati.

We bet you’ve never heard of the Bilderberg Group, but they might have more of a hand in your life than you want to admit. The highly secretive organisation have been in operation since 1954 and meet on average once a year with the first being held at the Hotel de Bilderberg in the Netherlands.

The group has been criticised by outsiders over it’s complete lack of transparency and is often at the centre of conspiracy theories. One of the biggest theories is that the group is working to create a one-world government. Every year between 80 and 120 members go attend the meeting, as well as some specially selected individuals chosen by the group’s Steering Committee.

In the late 1700s revolution was a constant part of the everyday existence of many European countries, despite government intervention. When the 1800s rolled around there started to be some whispers that scared governments right to the ground. The whispers revolved around the Grand Firmament, a committee that was thought to exist to link the German, Italian and French revolutions into a single uprising.

However, the closest connection historians have been able to find is a partnership between three men who were planning to the link the revolutions with help from other secret societies. Despite much searching, and an endless number of conspiracy theories, there’s no indication the men succeeded and the group dropped off the man around the 1820s.

6. The Hermetic Order of the Golden Dawn

During the Vicorian Era there came a time when spiritualism was a particularly reverent craze. At that time one particular occult society stands out among the others, called The Hermetic Order of the Golden Dawn. The society began in 1887 when a Dr. William Westcott found and translated what appeared to be an ancient manuscript. Among the writing he found pieces of rituals relating to the ‘Golden Dawn’.

Leaving another society, he started the first chapter of what he called The Hermetic Order of the Golden Dawn, where he expanded on  the manuscript. The society was based on the Kabbalah tree of life, with Freemason-inspired ritual and members getting involved in everything from magic to communing with supernatural enemies. However, there were many personality clashes and ultimately it fell apart around the 1930s, although some chapters excited as late as 1978.

Molly Maguires started in Ireland in the eighteenth century and moved into Pennsylvania in the nineteenth century. They were a secret society with a very specific focus: to stand up against mining companies that had the lion’s share of the economy while paying workers meagre wages to work in challenging and dangerous conditions. The society plagued the mines, and was investigated by a Pinkerton Detective Agency who wanted to get to the bottom of the issue. A detective named James McPharlane went undercover and was accepted into the Mollies, who he claims were a secret part of the Ancient Order of Hibernians. His testimony against the organisation in 1870 saw more than 20 men put to trial and sentenced to death, with no indication the society continued after the proceedings.

Secret societies are not just a shadowy part of life in Europe and North America. There are also many indications that they existed in many Eastern countries. One example of this is the Tiandihui, or the Heaven and Earth Society, which began during the 1760s in China. It was the time of the Kangxi Emperor, and secret societies had been outlawed. The Tiandihui planned to remove the Qing Dynasty, who had enacted the ban, and restore the previous Ming Dynasty. When the dynasty was overthrown in 1911 a number of the members, known as Hongmen, split into a number of region groups that fell to crime. Now it is illegal to be a member of the Tiandihui in Hong Kong, but in mainland China and Taiwan and group became an active political party.

Widely considered to be one of the earliest examples of a secret society, the Bacchanalians was a mysterious cult that was founded in ancient Rome.

The cult was a considerable concern for authorities as it’s secretive nature was in direct conflict with Rome’s official religious following. This Bacchanalians worshipped Bacchus, the god of wine who was sometimes referred to as Dionysus. Only members of the group were allowed to learn the rites and activities, so little is known today about what the group practised.

However, it is understood that the organisation believed in bringing out the primal parts of human nature, and wild celebrations were common. The Bacchanalians were officially condemned in 186BCE as they were thought to spread civil unrest and worse, but the group went on in an even more secret sense until well into Imperial Rome.

Easily one of the most well known secret societies, and one that is first to mind in the debate about the existence and power of these organisation are the Freemasons. The group started in 1717 with the opening of the Masonic Grand Lodge in London, and have infiltrated almost everywhere. In the original days of the group, members had to travel from an apprentice to a journeyman and then a master.

The Freemasons charged very expensive membership fees to advance, and as a result many of the members came from the higher social classes. The Catholic Church condemned the Freemasons in 1738 to little effect, and now the lodges can be found in many towns and cities the world over. Despite the rumours and their reputation, the group doesn’t see themselves as a secret society, but rather a private one, with certain information being for member’s eyes only.

Is there any secret society that demands more attention, and has had more conspiracy theories laid against it, than the mysterious Illuminati? It was started in 1776 at Ingolstadt University by a professor of Canon Law named Adam Weishapt. There isn’t too much consistency as to what the ultimate goal of the Illuminati was, but many believe that the final goal was to have as many high ranking member of society join as possible, then to create a moral regime that would bring society to a state of equality and liberty.

One way they did this was to infiltrate Masonic Lodges and overtake them. The group was officially outlawed in 1785 and the Illuminati became something of a cautionary tale about the mania of secret societies. However, this hasn’t stopped the rumour mill that the Illuminati remains active, with members ranging from the President to the Pope, all working towards a new plan of world domination.

Certainly, there’s little doubt that, over the course of human history, secret societies have come and gone. Many began with lofty purposes to help the people, others were hell-bent on getting as much power as possible. Not all survived, but those that did are bound to be a constant source or mystery and wonder to all of us on the outside.

Do you believe these secret societies exist? 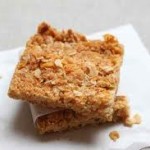 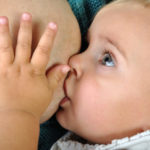 My Toddler Is A Boob…