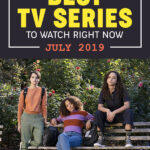 It’s the first of July so I’m letting you know all the best tv series to watch right now!  I have personally watched all of these series (I have no life except for Stay at Home Mum and television) – I not everyone will have the same taste – but these are just epic so I had to share.

Following the tragic end of her brief superhero career, Jessica Jones tries to rebuild her life as a private investigator, dealing with cases involving people with remarkable abilities in New York City.

“Would you put day drinking under experience or special abilities?” Follows two of America’s wealthiest families as they feud for control over their fortune and their children.

“Did you pack your mother of the year trophies? I’ll shine them with my ass.” Tales of the City

A middle-aged Mary Ann returns to San Francisco and reunites with the eccentric friends she left behind. Tales of the City” focuses primarily on the people who live in a boardinghouse turned apartment complex owned by Anna Madrigal at 28 Barbary Lane, all of whom quickly become part of what Maupin coined a “logical family”.

“Nobody’s happy. What’s happy? Happiness is over when the lights come on.”

“What else we gonna do? Sit around here mourning somebody else’s poor choices? No, we ain’t no basic bitches.” A critical look into some true crime cases where American law enforcement made up for lack of actual physical evidence by using devious psychological tactics during interrogation in order to extract confessions from naive suspects. After being mistaken for younger than she really is, a single mother decides to take the chance to reboot her career and her love life as a 26-year old.

“Don’t be sorry, you should be with someone your own age who will go agro on you and will put your penis in a cage.”

A loving (but immature) father with a larger-than-life personality is committed to co-parenting his two kids with his very-together ex-wife but for Marlon family really always does come first – even if he’s the biggest kid of all. Another Period follows the lives of the obscenely rich Bellacourt family and their many servants in turn-of-the-century Rhode Island. Natasha Leggero and Riki Lindhome lead an all-star cast – including Michael Ian Black, David Wain, Christina Hendricks, Jason Ritter and Paget Brewster – in this historical satire about narcissistic aristocrats and the poor souls in their employ.

“You were magnificent. And even though you were disqualified, you’re still the apple of my penis.” After being declared dead in absentia, an FBI agent must reclaim her family, identity and innocence when she finds herself the prime suspect in a string of murders.

“All I ever did was love Nick and love Flynn. It started as a lie but it was real.” Harrow tells the story of Dr. Daniel Harrow, a forensic pathologist with a total disregard for authority.

Gen X man versus Millennial man. Real man versus new man. An ailing father strives to fulfill one last wish – to break up the relationship between his daughter and her boyfriend. Todd takes on some of the biggest and hardest challenges around the globe in his investigation on some of the world’s most extraordinary people. Deconstructing and decoding how these incredible people live, Todd explores how the human body adapts to evolve to its circumstances and surroundings. Two sisters discover disturbing family secrets after a string of mysterious deaths occur on a luxury ship traveling from Spain to Brazil in the 1940s. A thriller set in a world sharply divided between progress and devastation, where people are given the chance to make it to the “better side” but only 3% of the candidates succeed. We release the new list on the 1st of every month. Netflix Special Next In Fashion: Where You Can Buy the Contestant’s Collections

Need something to watch?