So, you’ve watched Game of Thrones from its first season to its seventh (and are ready to start watching season 8 on 15th April) and think you know everything about them…well, think again.

1. Alfie Allen who plays Theon Greyjoy is the brother of singer Lily Allen.

Remember that song of hers, ‘Alfie‘? It was about him!

2. Maisie Williams who plays Arya Stark only auditioned for the part to afford a laptop computer.

3. Maisie is also an accomplished dancer.

4. When Emilia Clarke had to eat the stallion heart, the heart was actually made of a ‘Gummy Bear’ type substance.

Emilia said it tasted like bleach. She also was covered in so much fake blood that she got stuck to the toilet seat after filming.

5. The original girl cast for the part of Daenerys Targaryen was Tamzin Merchant from The Tudors.

7. Natalie Dormer is also an experienced poker player and fencer.

8. Sophie Turner (Sansa Stark) is naturally blonde and has to dye her hair red for the part.

She also adopted the dog that played her direwolf in the show as the direwolf was killed off in Season One.

He has played with the likes of Calvin Harris and The Scissor Sisters.

13. Olenna Tyrell played by Dame Diana Rigg was a Bond Girl in ‘On Her Majesty’s Secret Service’.

15. Iwan Rheon (Ramsay Bolton) tried out for the part of Jon Snow but missed out by one – Kit Harington.

He also was formerly on the amazing TV Series – The Misfits.

16. Sean Bean who plays Ned Stark said this isn’t the first or second time he has been killed on screen.

17. Peter Dinklage is a vegetarian and has been since he was 16. He was also the ‘Wake Up Guy’ on Seinfeld.

18. Thomas Brodie-Sangster who plays Jojen Reed was the little kid in Love Actually.

19. Jerome Flynn (Bronn) used to be a pop star. He was one half of the duo Robson & Jerome.

In fact, their version of ‘Unchained Melody’ made it to number one in 1995.

21. Thomas Brodie-Sangster is also the cousin of Hugh Grant and the voice of Ferb in the animated kids show Phineas and Ferb.

22. Mark Addy (Robert Baratheon) was the fat guy in The Full Monty.

23. Both Lena Headey and Emilia Clarke have played Sarah Connor from Terminator.

Emilia was in Terminator Genisys and Lena was in the Terminator: The Sarah Connor Chronicles

Needless to say – it must have ended badly because the two don’t speak at all.

Carice Van Houten confirmed pregnancy with her boyfriend, Guy Pearce through a witty tweet referencing to a popular Game of Thrones scene. Their little boy, Monte, was born in August, 2016. So, who is your favourite GOT character? 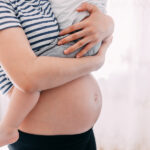 Advice About CMV in Pregnancy Have you cut a shitty sibling out of your life?
Answered 10 hours ago
Hi what can I do if my child of 10years playing outside and accidently kicks a ball against the naiber letricle fance?
Answered 2 days ago
8 Best Laundry Detergents for Sensitive Skin 2022 Edition
Answered 2 days ago
Chicken Corn and Noodle Soup
Asked 3 days ago

90’s Aussie Soap Stars: Where are they

90’s Aussie Soap Stars: Where are they now? Remember the days 10 Alternatives To Burial or Cremation

We all know death is inevitable…..But what if you don’t want