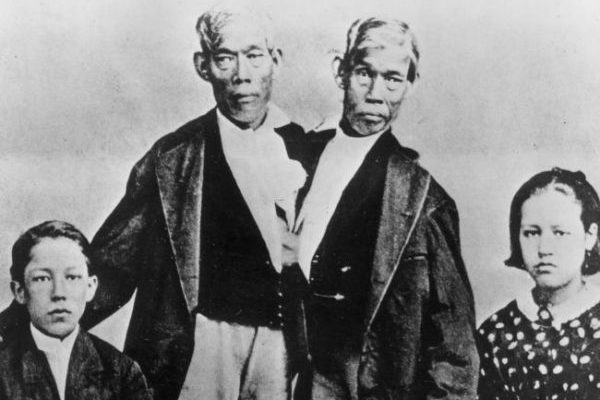 Also formerly known as ‘Siamese Twins’, these births are estimated to occur in 1 in 189,000 births. Unfortunately, nearly 50% are stillborn, and additional 1/3 die within hours or days of birth.

Conjoined twins share a single placenta and amniotic sac and have a higher incidence in Southeast Asia, Africa and Brazil.  Most live births are female.

Here are four examples of conjoined twins who survived the odds, and lived a somewhat ‘normal’ life.

Abby & Brittany were born in Minnesota in 1990. Doctors assured the twins parents that they wouldn’t last more than a few hours after birth.  Now, 28 years later these miraculous twins live full lives, currently 28 years old, they have their drivers license (which each twin had to sit individually) and separate identities and personalities. The twins parents have never considered separation fearing one might die or become disabled.  They first appeared on the Oprah Winfrey Show when they were six years old, and then became the focus of a documentary 10 years later on TLC.

Each of the twins has her own heart, stomach, spine, a pair of lungs and spinal cord and each of the twins controls her side of the body.  However, they only have one shared intestine, bladder and set of reproductive organs.

The parents of the Hensel twins decided not to separate the girls as it posed a high chance that both would not survive the surgery.

As the twins only have one arm and one leg each, they require each other’s co-operation for moving.

The twins have two hearts and two spines which are joined at the pelvis.  They have four sets of lungs, three kidneys, one ribcage and one liver.  From the waist down, they share all their organs (yes, including their reproductive systems).  Interestingly, Abby (who is the right twin) can’t feel anything on the left of her body, while Brittany can’t feel anything on the right side.

Despite this, they are able to drive a car, go bowling, play piano, ride a bicycle and swim.

The twins have different food tastes, and each has their own plate of food, but they need to coordinate and take turns (one using a knife, the other a fork) to feed each other.  One twin can get sick whilst the other remains healthy.

The girls say they never wanted to be separated, the only time it was considered was when Brittany developed pneumonia and had to remain in bed sick for an extended period of time, whilst Abby was bored of lying in bed.

Chang & Eng were infamous twins in their time – and it was their birthplace, Siam (now Thailand) that lent itself to the name ‘Siamese Twins’.  Amazingly, these boys were both married and fathered 11 and 10 children respectively! Go the Bunker Boys.

Born in 1811 near Bangkok, the boys were joined at the sternum and although their liver was fused, the rest of their bodies remained independently complete. The twins were ‘discovered’ by a Scottish merchant visiting Bangkok and sought permission to ‘exhibit’ the twins as a curiosity in a world tour.  After their contract was complete, the twins purchased a farm, married local sisters Adelaide and Sarah and became naturalized American citizens.  The two couples shared an extra large bed.

Years later the sisters had a falling out and the couples had separate residences with the twins visiting each sister for three days at a time.

Chang suffered a stroke in 1870 and his health severely declined.  He died in 1874.  Eng, still alive at the time, was grief-stricken.  A doctor was summoned to perform a separation but Eng died on the table three hours later, his exact cause of death was not known. 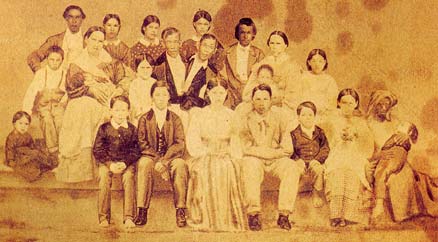 The McCoy Twins, also known as the ‘Carolina Twins’ were born to slaves of a North Carolinian Blacksmith in 1851.  Horribly, the twins were sold at 10 months of age to a John C Pervis for his exhibit.  The twins were bought and sold many times over until January 1863 when the ‘Emancipation Proclamation’ ended their slavery status and the twins were no longer anyone’s property.

The McCoy Twins were conjoined at the lower spine.

The twins were ‘adopted’ by Joseph Pearson Smith who reunited the girls with their mother.  Joseph Smith provided the girls with a grand education, the girls learning five languages, how to dance, play piano and sing.  On holiday in Britain, the girls met Queen Victoria.

The McCoy twins enjoyed a very successful singing career as ‘The Two-Headed Nightingale’ and even appeared in the Barnum Circus in 1869.

In 1912 the girls died of tuberculosis, with Christine dying 17 hours after her sister Millie.

Type of Twin: Craniopagus Conjoined Twins (Fused at the head)

Of all the stories of conjoined twins, the story of Ladan and Laleh Bijani is the saddest of them all.  Born in 1974, the sisters were joined at the head.  As there was a revolution in Iran at the time of the sisters birth, the girls were ‘lost’ and their parents didn’t locate them again until several years later.  In the meantime, a Dr. Safaian had adopted them.  Their parents won the custody battle to be reunited with the twins, but they chose instead to continue living with Dr Safaian.

Ladan and Laleh were two completely different souls.  Laden wished to become a lawyer, whilst Laleh a journalist.  Laleh eventually gave in to Laden’s wishes they studied law at Tehran University for four years.  They fought a lot due to the differences in nature and had always wished to be separated for this reason.  Laleh had hoped to fulfill her dreams of becoming a journalist and to move to Tehran.  Ladan wanted to continue with her law degree and move to Shiraz.

They also had different hobbies which caused constant friction between the sisters.  They wanted to see each other face-to-face and pursue different lives.

In 2003 despite the twins Father and doctors pleading with them not to proceed with the operation due to the delicate nature of the arteries to the girl’s brains, neither survived.  The sisters died of severe blood loss.  Doctors worked for 50 hours and were the first known attempt to separate adult twins joined at the head.

They were buried according to Shiite Muslim tradition side by side in Lohrasb. 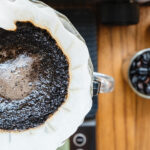 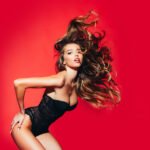