Now that the New Year is just a few days away, we ought to think about the resolutions we failed to complete last year.. again.

And perhaps topping your list is to manage your anger (or losing weight, which actually never leaves your list every year lol!), right?

The internet is a seething pit of rage and fear, and mums are just as likely as anyone to be feeling the heat, especially now that the Christmas fever is in and the New Year’s just a few more weeks, and mums are the ones pressured to get ready for the most festive season of the year. Then, here comes the news about terrorism and crime that’s distracting your every move.

In times like this, it pays to ask WHY people are acting the way they are, and why you shouldn’t be angry just because someone is telling you to. Here’s a few tips on how to control your anger for a new you next year.

1. Do not let headlines get into your nerves.

Anger is a powerful emotion, which is something that the media has known for a pretty long time. That’s why every time they write a headline, they’re thinking about how to best capitalise on your anger as a reader. Second to anger is fear, which means that headlines these days are somewhat a deranged mix of terrified rage. Online and off, the media is leveraging your emotional mind, and to be honest, they’re absolute liars.

“What This Babysitter Did Will Terrify You”

“How This Mum Treats Her Baby Should Make You Very Angry”

“If You Do This To Your Kids, You’re Probably A Bad Mum”

What they’re really saying is don’t trust anyone with your children, judge mothers around you, and be hard on yourself. They’re telling you that you’ll never be what you need to be for your kids, that they know better than you because ‘recent studies’ have told them so, that you just aren’t enough. Let us tell you now, it’s all bullshit.

We know what you’re thinking. Isn’t SAHM the media? Of course we are, but a smart audience is an aware audience, and that’s what we want SAHM readers to be. So, the next time you read a headline, think about what that headline wants from you, and whether you want to bow down before it.

2. Don’t let people paid to make you mad push you around.

While you sit at home eating your breakfast and reading the latest in your newsfeed, you should know that there are a legion of writers out there who are paid to make you mad. Yep, people like the person writing this article are putting money in the bank making you absolutely furious.

Why? Because rage drives people to comment, to share, and to engage with the content, and in the loud and busy world of the internet, that matters.

That means, they’re writing things they absolutely know will rile you up, using some pretty simple human psychology. Guess what mums? We love you, but you’re an open bunch. You feel things hard, you stand up for what you believe in, and you’re loyal as hell. That means that making you mad is as easy as pushing a few choice buttons, and boy do we love to push them. Remember that.

3. Do not let social media define you.

Social media doesn’t define your life, it’s just a way for you to comment on it, and that’s important because your life shouldn’t be ruined by what someone says on the internet. If you read something online that makes you angry, you have a choice. Either you’re going to lose your shit and spray some mum-rage all over the keyboard, or you’re going to blink, take a breath, realise it’s all crap, and go on with your day.

If someone on Facebook or Twitter is telling you that you should be angry, or you will be furious, or that you need to be terrified, think about just why they’re saying that. Chances are, there’s an underlying motive there, and you’re being taken for a ride.

We are all slaves to our emotions, and nobody knows this better than mums. Seeing kids in need, babies crying, people hurting and in trouble, it pulls at the heartstrings of any caregiver. Unfortunately, anger is one of those controlling emotions, and this is not new information to the media and, more importantly, to trolls.

Yep, you know the ones we’re talking about.

The people who lurk in the social media shadows, commenting and taunting from behind a mask of seeming anonymity. They’re the ones we don’t understand, but we just have to correct, and then before we know it, we’re in all-out keyboard warfare with some internet random who is just making us so f*cking angry. Stop and think ladies. Controlling your emotions controls your actions, and nobody should be doing that but you.

5. It’s still your life, no matter what anyone says.

When the day draws to a close, your kids are tucked up in bed, and there’s a cheeky glass of wine in your hand, it all comes down to this: You are the master of your own life. You think the thoughts, you take the actions and you make the decisions. If you want to be angry all the time, mad at your life and at the decisions of others, that’s your choice too, but it doesn’t seem like much of a life to us.

When the world is trying to make you angry, trying to get you to judge and put down your fellow mums, we think the real power comes from standing up and staying positive. We think it comes from supporting mums around you when they’re struggling, of letting go of online trolling, and of telling those making you angry that you won’t be pulled down to their level. We think it’s about going about your day like the sun shines out of your arse, because as far as we’re concerned it does.

So, do you want anger to rule your life next year? Or you just want it to stop right now? 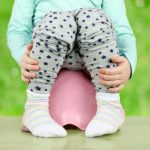 The Real Mum’s Guide to… 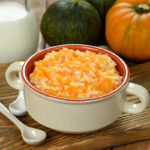