At some point in the lives of most little girls, there’s a dream of being a princess or a queen. But rarely is that life thought to consist of more than a cushioned existence of being constantly waited on, with perhaps the occasional royal banquet or celebration.

challenging the stereotypes of female rulers, and making a name for themselves as seriously badass queens.

6. Isabella I, Queen of Castile

Isabella wasn’t just a cool queen; she was a cool lady.

Born second in line to the throne, her life initially looked to be one of a wife only, as her older brother (the king) tried to marry her off to various people to secure his alliances. She negotiated in secret her own marriage to Ferdinand of Aragon and then eloped against her brother’s wishes to marry him.

When her brother died in 1474, Isabella ascended to the throne, and immediately started to excel in the position. During her reign she organised the governmental system, reduced the crime rate to an all time low, and paid off all of the debts her older brother had burdened the kingdom with. She also financed Christopher Columbus’ exhibition to the New World, changing history forever.

This badass queen might sometimes be known as the King of Tamar, but she is definitely a woman.

In fact, she was the first woman to rule Georgia in her own right after being named as heir by her father in 1178. She ascended in 1184, and was thrust into a world of harsh lessons, and battles for her power.

But, despite all that stood against her, Tamar defeater her opponents and secured her place not only as a ruler, but in history. She also significantly grew the Georgian empire, strengthening it for her reign and all other rules that came in the future.

The Queen of the Maratha-ruled Jhandi State, in Northern India, Queen Lakshimibai lived an interesting life.

Married to the Maharaja of Jhansi, she was initially left in power of the state when her husband died. But she was thrown from her seat by the British, and exiled from the area.

Queen Lakshmibai refused to accept this, and joined the Indian Rebellion of 1857 to fight against British rule. She led forces into battle, and then on a fateful day in June of 1958 she dressed as a soldier and joined the fray. Fatally wounded she died by the roadside, aged just 29. She was remembered by the British as the most dangerous of all Indian leaders, and remains a symbol for Indian nationalists of resistance against Britain.

She lived many centuries ago, but Queen Boudica will not soon be forgotten.

A queen and a warrior of the British Iceni tribe, she led an uprising against the Romans. This was in response to the barbaric treatment of herself and her daughters following the death of her husband. Although he was a Roman ally, the Romans ignored his will and wishes, annexed his kingdom, and beat and raped his Boudica and her daughters.

Set on revenge, she took 100,000 of her soldiers and other supporters against Legio IX Hispana. They killed around 80,000 Romans and showed clearly that their lands could not so easily be overtaken. Unfortunately, their success didn’t last, and after falling ill (or committing suicide when she believed she would be captured), Boudica died.

She was smart and entirely focused on rising to the top, dedication was likely a large reason for Wu Zetian’s success.

Forever known as the only female emperor in Chinese history, standing up the culture taboos of female leadership. For this she is often slated by critics, who considered her ruthless and cunning. But to others she was a stoic and careful leader, effectively doing her duty during the Tang Dynasty, a peaceful and diverse time for the country.

Although well-educated, Wu actually started her life in the royal court as a concubine, before becoming the emperor’s main wife. But during her rule she made sure women had more power, changed the state religion to Buddhism, and died peacefully in her 80s.

We know what you’re thinking. Isn’t Elizabeth II the current Queen of England?

Yes she is! But although she might look like a harmless old lady, something of the figurehead royal in England, she’s had an amazing life. Before she was coronated Elizabeth II served in the Women’s Auxiliary Territorial Service, and trained as a driver and mechanic. She also went on to marry a man that neither of her parents approved of as he was a prince with no lands.

If you believe the rumours, and we’d like to, she also had an impact on the late King of Saudi Arabia in 1998 when she took him on a speedy tour around the royal estate in Scotland. Apparently this was in response to learning that in Saudi Arabia, women weren’t allowed to drive. The King went on to become a reformer, but unfortunately the laws never changed. Still, pretty impressive considering that at the time of her birth it was highly unlikely that she would ever be a ruler at all!

If you didn’t know if before, you have to admit it now. There’s more to being a queen than sitting on a throne. Being a leader, and an inspiration for your people, are what motivated these amazing women to stand up during their reigns. And look what it led to.

They are, and always will be, remembered in history as the most badass of queens!

If you were a queen, what badass thing would you do? 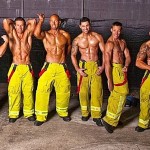 Hot Firefighters From All Around… 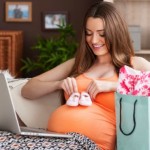 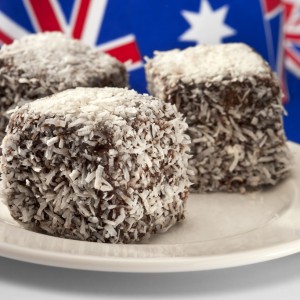