Think you’re an average law-abiding citizen? Well, you might need to think again after you read this list!

In Tasmania and South Australia, when making posters asking for the return of stolen or lost property, you’d better leave off any claim that the returner will be paid a reward or that there will be ‘no questions asked’. In South Australia, you can be fined up to $500 for insinuating that the person returning stolen gods will face no penalty, under Section 48A of the Summary Offences Act 1953. In Tasmania, Section 41 of the Police Offences Act 1935 states that you could be subject to a fine of up to 5 penalty units, which is currently equivalent to $785.

In South Australia, it is illegal to sell or hire out a fridge or freezer if any compartment is larger than 42.5L, unless the door can be opened from the inside or it was brought into South Australia before 1962. You’re also not allowed to dispose of a fridge or freezer over this size unless all doors have been removed. This law was established over 50 years go after a series of fridge-related deaths, and under Section 58B of the Summary Offences Act 1953, you can be fined up to $750.

In Western Australia, they are serious about keeping the environment as natural as possible. Under Section 387 of the Criminal Code Act 1913, you can be imprisoned for up to a year if you clean up bat or seabird guano, or faeces, without a license to do so.

In the Northern Territory and South Australia, there’s no telling what the future will hold! That’s because according fortune tellers, spiritualists and mediums are considered frauds in these states! In the Northern Territory, Section 57 in the Summary Offences Act limits these activities, and in South Australia it’s Section 40 of the Summary Offences Act 1953. If they’re caught, they face a fine of up to $10,000 or up to two years in prison.

In Western Australia, you can be fined for possessing more than 50kg of potatoes. Yep, it’s true! According to Part IV, Section 22 of the Marketing Potatoes Act 1946, you can be fined if you are suspected of selling, purchasing, delivering or accepting delivery of more than 50kgs of potatoes. For a first offence, you could be fined up to $2,000, and subsequent offences bring in a fine of up to $5,000.

In South Australia, Section 50 of the Summary Offences Act states that people who disturb others by pulling or ringing the doorbell or knocking on the door of a house can be subject to a maximum penalty of $250. Unfortunately, there’s a loophole for most of the doorknockers we’d like to stop, since it also states they need to have ‘reasonable excuse’, which most would argue that they do.

In Victoria, undertaking rain-making activities are illegal under Section 9 of the Rain-making Control Act 1967, and you can be fined up to $1,000 or imprisoned for 12 months. But don’t stop your rain dances just yet – ‘rain-making activities’ include artificially seeding or nucleating clouds.

In South Australia, you cannot obstruct or disturb a service such as a wedding, funeral or religious service, and you cannot deliberately obstruct or disrupt anyone trying to get to or from a service. So if you see any reason why those two people should not be wed, keep it to yourself, because under Section 7A of the Summary Offences Act 1953, you can be fined up to $10,000 or imprisoned for up to 2 years.

And last, but certainly not least, comes a bizarre Western Australian law: if you challenge another person to a duel you can be fined a whopping $6,000 and two years in jail under Section 72 of the Criminal Code Act 1913.

Don’t say we didn’t warn you! 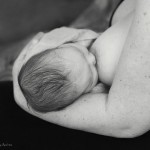 When Your Boobs Are Bigger… 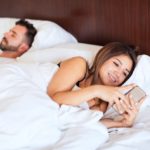 Does anyone have any experiences with Duromine to share?
Answered 14 hours ago
Just buy Australian owned & made!
Answered 19 hours ago
Best app to meet other couples
Asked 1 day ago
Advice needed please parents 😕
Answered 1 day ago