What does a builder, a beagle and a Block Head have in common?

Chances are if you’ve watched TV at any given weekend, you’ll have seen the handsome Walt Collins and his cheeky ways on numerous Network Ten series featuring Stay At Home Mum’s very own Jody Allen, and Cherie Bobbins. Over the years we’ve seen plenty of tradies turned into TV personalities and thrust into the spotlight- going on to walk around a TV set holding a hammer (and never doing a hard day’s work again!).

Meet Walt Collins, the TV host who is doing just the opposite- he’s adding trade skills to an already booming TV career and isn’t looking back!

But it’s what he’s doing differently which is gaining some solid respect from his peers.

During an already hectic schedule over the last 18 months, Walt’s ‘down time’ as he calls it involves volunteering as an apprentice chippy and builder with several Melbourne building firms. Heading out on site, Walt works with the men and women across numerous commercial building projects, up-skilling and learning the building and carpentry trade. Audiences are enjoying this lovable character who tries his hand at everything from animal wrangling to building decks- let’s face it, who doesn’t like a fit and handsome handyman around the house?! “I think for me hosting a show like Healthy Homes Australia, it’s really important to have at least some idea what I’m talking about when we cover stories on building, infrastructure, insulation, slabs and so on. So this all started out by me shadowing a mate who is a chippy- I literally didn’t know what a drop saw was when I started out. But it wasn’t long before it became an addiction. Seeing something built from nothing… seeing the results of your work at the end of the day is so awesome” explains Walt.

“I love hosting Animal Extra with Nugget, this series is fantastic! It’s chaos on filming days, there are dogs, cats, chickens, kittens, puppies, horses- all licking me to death. I’m in heaven! My love for animal has always been strong and I make no secret of probably loving animals more than I do some people!” Walt adds. Walt’s media career started as a 14 year old in the English city of Sheffield, where he started a pirate TV station from his bedroom, using his mum’s wok as a satellite dish. Broadcasting to his neighbourhood, Walt and his mum would do a live 2 hour show each Sunday, attracting 65 houses! A documentary was made called WalterVision and that launched his career into the media at an early age.

Season 2 of Healthy Homes Australia completed its run this month and will return to screens for a new series mid year this year and Animal Extra is back on your screens in September this year.

10 of the Hottest Bridesmaids… 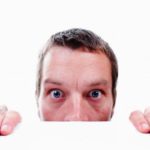