Have you ever experienced the hanger? No, we didn’t spell that wrong, we’re talking about that state of mind where you’re so hungry that a rage begins in the pit of your empty belly and consumes you.

It’s called hangry, and it’s made of a dangerous concoction that is equal parts hungry and angry. Consider it your internal excuse the next time you’re screaming the world away. Should have had breakfast.

But hanger isn’t just something that happens. It’s something that builds up over the entire day, and here’s what your thought process looks like as it’s happening, mum style.

You’re just about to sit down for a delicious breakfast that you can absolutely convince yourself is healthy later when the children appear. As always, they must be immediately fed, and probably require help to do so. In between shovelling food into their needy mouths, you grab a couple of bites for yourself. It’s not enough.

Mid-morning hits you like a freight train. Is it time for morning tea yet? You’ve dropped your older ones at school and childcare, but might still be carting around one child just for funsies. You decide to stop at a bakery for a well-earned danish and a cup of coffee.

They’re sold out of everything but cream buns, which you definitely can’t convince yourself is healthy, and there’s ten people waiting in line. Your toddler will not hang around happily for that.

By the time you’ve rolled back home it’s time for the first nap of the day. As you put your little one down to sleep you realise you still need to put the washing on, clean the dirty dishes, put the shopping away, vacuum up the cereal that’s been spread from the kitchen to the master bedroom and scrub that suspicious stain you’re pretty sure is vomit.

And there was one other thing but you’ll be damned if you can remember it now. Fortune favours the fast, not the ones with good memories so you steam through the lot like a maniac. Just as your toddler wakes screaming from rest you realise: the only thing you’ve eaten today is two bites of cereal and a toast crust.

Not That Way Mum

Of course, your toddler is being their most fussy self from the moment they wake up. Talk about the wrong side of the crib. They want to be held, they want to be free, they’re squirming all around in your arms and on the floor. They definitely want mac and cheese for lunch, but then as soon as you’ve started cooking they want vegemite sandwiches and after that only yoghurt cups and nothing else. As soon as you think they’re satisfied, it’s a tantrum about the lack of mac and cheese. MAKE UP YOUR MIND CHILD.

As they live the privileged life of those with time to eat at leisure you try and grab what you can without setting off a temper tantrum likely to level your house. Toddler sized portions won’t last you for long.

By the time you’ve done the school run, solved all your children’s problems, tackled homework and listened to your partner tell you how hard their day is (and explain why is the washing still damp), your feeling of hungry has been decidedly promoted.

Yes, that feeling bubbling in your stomach is hangry. As you ‘taste test’ everything that passes through your hands on its way to the pot, your partner looks at you with raised eyebrows. A warning glance is flash across the kitchen.

You try to ignore it, munch on carrots as you throw together dinner. How much raw carrot can somebody eat before they’re sick? Anything is better than nothing.

With dinner on the table, you’re now left with the task of tackling your toddler into a high chair and filling them with spaghetti. Your school aged kids want to know if there’s really carrot in the food, and if so they won’t eat it. As you look to your partner for support his phone rings, and it’s his mother desperately needing help with some mundane computer problem that has to be solved right away.

Your toddler is trying to consume spaghetti nasally, your kids are picking the tiny pieces of grated carrots out of their food, your partner is talking in slow motion over the phone about wifi networks and you still haven’t eaten more than one bite of your, quickly cooling, spaghetti.

Once the dust has settled, and the kids have smartly put themselves to bed (not likely wanting the hangry hulk to tuck them in) you allow the yelling to stop. Your toddler is slumped over asleep in the spaghetti, able to sleep through any conflict. Your partner peeked in when the yelling started, realised that you had released the hanger, and rightly removed all fragile objects and sharp implements.

Finally alone, you sit down and do what you’ve been trying to accomplish all day. Eat.

Have you ever had a Hangry Moment? 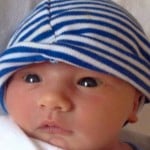 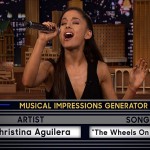