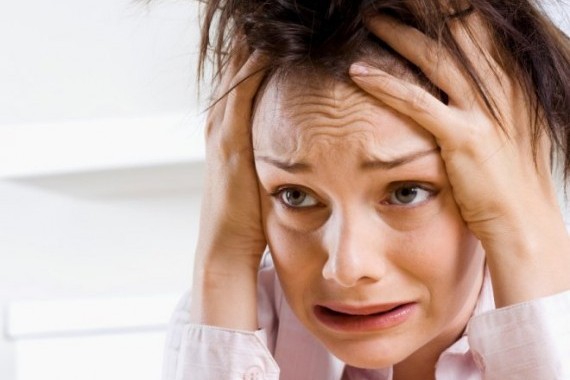 An existence without chocolate and coffee? Say it isn’t so!

Thankfully, it probably won’t come to that, but the growing, producing and purchasing won’t be as easy as we have it today. Who Can I Blame Right Now?

Not the Mother-In-Law. Not for this anyway. She isn’t the sole reason there may be a chronic shortage of our favourite staples in the coming decades. Note I say staples. These are not treats. Any beverage (or food) hot or cold, that keeps you sane and upright is not and should never be considered a treat.

Now where was I? Oh yes. It’s climate change, the usual suspect, the fun-stopper, the reason the sea is too high and the days are too hot. Global warming is throwing down the challenge to sustained farming in its current areas, making them unsuitable for continued future growth and increasing costs.

Chocolate-y goodness is in the line of fire. There is a worldwide shortage of cocoa predicted in the next few years, according to Professor David Guest from the University of Sydney. If the reports from the CSIRO are taken into account, then the Aussies eating the equivalent of 32kg of chocolate per person are in for a shock.

A study looking at tropical agriculture found climate change would have a significant impact on cocoa-growing regions in Ghana and Cote d’Ivoire, where 70 percent of the world’s cocoa is farmed. “The implications are that the suitability within the current cocoa-growing areas will decrease seriously by 2050,” the report read.

Wine grapes of some varieties which are grown on Australian soil will feel the impact of higher temperatures. Plant physiologist (what a cool job) and agricultural scientist Snow Barlow said grapes are ripening an average of one day earlier per year due to warmer weather in many wine-growing areas across the country.

This year some varieties were harvested up to a month earlier than usual, due to warm and dry conditions. If the trend continues our local industry could see between a 25-73% decrease of suitable land used for grape growing by 2050.

The future of one of the world’s favourite beans, the Arabica bean, is threatened. The area suitable for growing the bean is predicted to shrink by 65-100% by 2080. If that’s not bad news enough, ‘Coffee Rust’ a fungus worsened by high temperatures, is ruining crops and farming communities in Central America.

Just make your own beer I hear you say, for sure, seems the logical answer. But what if there’s no malting barley to make said beer with? It’s a key ingredient in the process of making the delicious, frothy, amber stuff and New Zealand climate scientist Jim Salinger says that global warming is expected to cause a decline in the production of it. In fact, in Europe in 2015, a leading Belgian brewer was forced to temporarily halt production due to an abnormally warm winter.

Yes, we may end up in a pub with no beer.

Gross. I don’t like seafood so this doesn’t really matter but, I suppose other people may enjoy the stinky stuff so I’ll fill you in.

Most Aussies love seafood, right up there with chocolate in the consumption stakes, coming in a close second with an average of 25kg eaten by each of us (um, except me) each year. Apart from warmer temperatures forcing fish away from the equator, there’s pollution-induced ocean acidification, both of which could bring our easy access to decently priced seafood to a screaming halt.

A study found that 90% of the overflow of carbon dioxide in the atmosphere is taken up by the ocean and when it dissolves in the water it causes ocean acidification. Water with high acid levels makes it difficult for crabs, lobbies, oysters, prawns and other crustaceans to form their shells.

Should We Be Hoarding?

I don’t see why not. I am absolutely considering hitting Aldi tomorrow and buying two dozen blocks of dark chocolate, the same in condensed milk, glace cherries and packets of coconut and maybe a separate freezer to store it in. Then I shall repeat this every six months until I have enough ingredients to keep me in stocks of cherry ripe balls until I’m well into my 80’s. Drastic actions perhaps, but assuming I will be as keen on my balls as an octogenarian as I am now, then it is actually perfectly sane in every sense that I should be saving them for a not-so-rainy day.

Now, about the wine. Oh, the wine! Sauvignon Blanc, aka Savage Plonk, what would we do without you and  your dry, crisp, freshness and  the same goes for your fruity mate Riesling? Drink Pinot Grigio? Yeah of course, but still, it’d be a sad farewell to old friends. Perhaps we should do more than just recycle our empty wine bottles, maybe we could start reusing them? You know like a BYO FYO at the bottle shop? Bringing your own bottle and filling your own bottle from the giant vat of Sauv Blanc on tap could mean a huge reduction in production carbon emissions, which can only help the climate and we’d still have wine. Sure, the hygienic state of your bottle would be on your shoulders, but considering the alcohol content it’d probably be cleaner than your workout water bottle!

How reminiscent it would be filling up your wine bottle from the tap, in the same fashion that we poured Slurpees at the 7-11 back in the day! And how quiet the emptying would be on recycle bin morning”!

How should we deal with the potential shortage of food supply?

Well, we could start with participating in Earth Hour. In March of every year at 8:30pm simply switch off your lights for the hour and show your support on social media.

Earth Hour launched in Sydney in 2007 and has been celebrated in over 172 countries and over 7000 cities and towns worldwide. The symbolic hour has grown into the world’s largest grassroots movement for the environment.

In the wake of a pretty piss poor climate change effort from the government, what we really want to know is will the Prime Minister flip his switch like the rest of us? #IllBeWatching… How to Clean a Lounge… 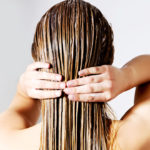 Would it be mean?
Answered 5 hours ago
Women that have had sex with circumcised and uncircumcised penises, which feels better?
Answered 11 hours ago
My Baby Was Really Ugly
Asked 23 hours ago
Male strip show!
Asked 1 day ago