Imagine if you hired a cleaner, and when they showed up at the door they were a male cleaner. What would you think?

Would you wonder, perhaps, what they were doing in a woman’s profession? Or perhaps you were wondering why you need to hire a cleaner at all, seeing as it’s your job to take care of the house, regardless of whether you also work.

If you thought either of those things, maybe you need to rethink your assumptions about gender stereotypes, because we can tell you, they hurt everyone. We often think of domestic labour as being women’s work. In fact, our association of women with housework is so built-in to our society and culture that it’s seen as a natural reality. In fact, it’s hard for many women to consider handing off their cleaning to an outside source, often someone lower down the income chain. In many eyes, there’s something quite wrong with the concept, but not when applied to other areas.

For example, we buy coffee from cafes, allowing others to harvest and roast the beans, we buy clothes that we didn’t sew or knit, and we eat meat we didn’t hunt and slaughter. Yet we often judge women who pass on their household tasks to someone else, despite the fact that it’s the same activity working men have done to women for years.

Feminists are often fielding questions about how men can get involved in the feminist movement, against criticisms that women make men feel unwelcome in such groups. However, it’s hard for these men to hear that one of the biggest differences they can make is in their own homes, with an entirely equal division of labour. That means more housework, more cooking and more childcare, even lowering the priority of your career (just as your partner has done) so that everyone is making the same sacrifices.

A 2012 report from the Institute of Public Policy Research in the UK put it well when it said: “On most key issues, the route to modern feminist goals must pass through fathers. Men should work more flexibly, take greater responsibility for caring for their children and their homes, and have the right to reserved parental leave.”

However, many men look at this equal proposition and aren’t that keen. It’s not hard to see why, nobody enjoys housework after all, and it’s not like there haven’t already been wonderful changes for women’s rights. After all, in the last five decades, the amount of women in the workforce has increased markedly, with it clear to all the benefits that are to be gained from their inclusion. There are even incentives to ensure more women enter the workforce, but there’s nothing to help negotiate the balance between unpaid labour at home.

This is crazy when you consider that our society is entirely dependent on that unpaid labour, and without it, even the most dedicated efforts would not keep capitalism alive.

For example, British women reported in 2013 that they spent an average of 13 hours on housework a week, and 23 hours on caring for their family. Men, on the other hand, reported an average of 8 and 10 hours respectively.

This is unbelievable, and made no better by our current government that insists on cutting childcare benefits for stay-at-home mums and pushing unemployed mothers back into the workforce. In reality, they are working on essential labour tasks in their homes that support their partners and children. Yet for some reason, we don’t see this as being real work, and therefore it has no intrinsic value.

Clearly, our attitudes in regards to what women are expected to do in the house are highly unfair. However, it’s more unfair now than before because the balance has shifted. In times past, it was appropriate for a woman to work in the home, on labour and care, while her partner worked in his own career. There was a balance in which both parties got something they valued for the work they put in, and they supported each other.

However, now that we push women into work, there’s a need to change that thinking. There’s no reason that it should be solely the task of a working women to do housework tasks. After all, she now contributes economically as well and it seems irrational for her to shoulder the burden of care and cleanliness alone. Of course, it’s hard to break down the long-standing walls of gendered assumptions, but although the plight of women is often prioritised, it’s important to recognise that these assumptions hurt both genders. Deeply ingrained concepts about ‘women’s work’, held by both men and women, mean that man often feel emasculated by undertaking these tasks, making them more likely to chase careers that may end up being lower paid than their female partners, only to continue the status quo. It’s a situation that makes no sense, especially in a modern society such as our own.

So let’s get more equality happening in houses across Australia!

It’s better for all of us. 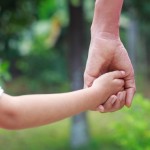 7 Tips to Prevent Your… 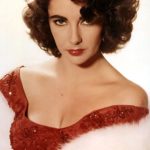 9 Famous People Who Have… 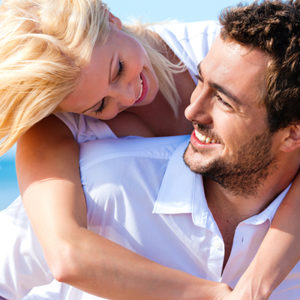