..with scientists revealing that people who stay up past 11pm are more likely to binge on junk food, alcohol and caffeine.

The findings come from a report from wearable fitness tracker app, Jawbone, and reveal that those who go to bed after 11pm each night are likely to consume 220 more calories each day.

However those who go to bed between 7pm and 11pm are more likely to eat healthier and consume more vegetables, fruits, high-fibre carbohydrates, more lean proteins and heart-healthier fats.

The findings come from data collected from hundreds of thousands of users of the Jawbone UP device – a wristband that monitors exercise and sleep and also allows users to log details of the food and alcohol they consume.

“Early birds tended to eat healthier foods on the whole.

“This builds on our previous findings that people log more meals high in fats and sugars late in the evening.

“We hope this paints a picture of what a good night’s sleep might do.”

The data also revealed that having an inconsistent bedtime, varying by more than an hour, saw people consume 245 extra calories per week. Other factors that affected increased calorie intake included getting more REM sleep and having a later average bedtime.

However, scientists cautioned that while the study found a link between sleep and food, it may not be the cause. They also noted that those who use tracking apps are much more likely to be from a demographic that is already health conscious.

Scientific studies in the past have found that people who have restricted sleep eat more calories, usually from snacks.

Poor sleep can result in the release of hormones like ghrelin, leptin and insulin that regulate hunger and feeling full.

If the Jawbone data is correct, however, it is entirely possible you could lose a kilo or two each year just by going to bed at a sensible time each night.

After a long grinding day, what’s your usual bedtime? 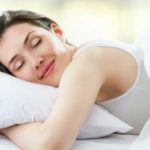 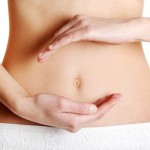