When it comes to my favourite books, I approach sequels with a fair amount of caution. As much as I want to know what happened after the last page of that first novel, I’m always worried it will never live up to my expectations and cannot possibly be as good as the first. So you can imagine my trepidation when it came to reading a sequel written over 30 years after the original book. Such was the case when I read the recently released Doctor Sleep by Stephen King – the sequel to The Shining, which was first published in 1977.

Doctor Sleep begins with a quick look at Danny, the young hero from The Shining, a couple of years after that story ends; then skips to him as the adult Dan. He has unfortunately ended up much like his father – an alcoholic with a shabby work history and a violent streak.

But he still has his special psychic gift – the shining – and he cannot escape its’ influence on his life. It leads him to a small New Hampshire town where he finds himself pulled into the lives of some others who also have this gift, and who need his help to fight a group of evil immortals called The True Knot.

I read The Shining as a 13yo, home alone one evening during a thunderstorm. Needless to say I was terrified! Horror novels don’t tend to scare me much anymore but I still love the genre, and I was excited to find out what had happened to Danny and what he was like 30 years on. So whilst Doctor Sleep didn’t frighten me, I wasn’t disappointed by the story. It had some brilliant twists, a few jaw-dropping moments, and getting to know the grown-up Dan was like visiting with an old friend I’d lost touch with for years.

If you’ve not read The Shining before, or it’s been some time since you have, I recommend reading or re-reading it before you start Doctor Sleep. It makes a good stand-alone story, but it becomes so much more than that when you know what came before. And if you’re a die-hard King fan like myself, this is a must-read! 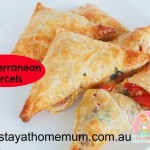 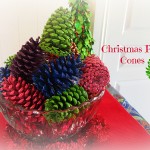