I don’t get a lot of time to read books these days, and when I know the book has been made into a movie, I’m ashamed to say I’m even less inclined to spend $15 on the book when I can spend $11 on a movie ticket and treat myself to a choc bomb! And the few times I’ve read a book before the film, I have been left disappointed by it’s visual accompaniment.

However, on the advice of my 11 year old daughter, I decided to give the book-before-movie practise one last go, and I’m so glad I did. The Mortal Instruments City Of Bones is the first in a series by bestselling author Cassandra Clare and is classified as young adult urban fantasy. It has since been made into a major motion picture starring Lily Collins (daughter of Phil, for all us oldies that like a bit of trivia) and her off screen boyfriend Jamie Campbell Bower.

Clary Fray is your typical teenage girl, living with her single mother in New York City. She is an avid artist, just like her mother; and is completely unaware of the life her mother led before she was born. She spends a lot of time with her best friend Simon. One night, she witnesses the murder of a teenager in a nightclub, and is shocked to find out that only she can see the assailants, the most memorable being a boy named Jace. The next day, she is attacked in her home when she returns to find her mother, Jocelyn, missing and a mythical beast trashing her apartment. When she kills the beast but is severely injured, Jace appears and takes her to his home, where she is overwhelmingly educated on a completely new world; The Downworld, filled with demons, faeries, werewolves, vampires and warlocks. It is here also that she meets Jace’s “adopted” siblings, Isabelle and Alex Lightwood who, like Jace, are Shadowhunters, those who hunt demons in the ‘mundane’ (human) world. Clary also meets Hodge Starkweather, Jace’s tutor, who treats her injuries and starts to educate her on Jocelyn’s past and why she has been taken. With the help of the Silent Brothers, Clary begins to unlock the block on her mind, placed there by her mother to keep her memories hidden. Clary finds out her mother was a Shadowhunter, a member of the Nephilim (demon hunters), and has hidden the Mortal Cup from the evil Valentine Morgenstern, who wishes to use it to cause a war between human and Downworlders. Although she went to great lengths to block Clary’s memories and abilities, Jocelyn also left behind small clues that only Clary can decipher to find the Mortal Cup.

Whilst all this revelation and action is happening, Clary also finds herself torn between the dark, mysterious Jace and her best friend Simon, who proclaims his love for Clary when she saves him from vampires after being turned into a rat. She relies heavily on both males, and they both c0me to her rescue more than once as she braves her inexperience to find her mother and return the Mortal Cup to it’s rightful owners (The Clave – kind of the high council of Downworlders).

The book can get a little farfetched in some parts, but one must remember it is aimed at young adults and is a fantasy piece. It was really well written and I found it hard to put down. Looking forward to watching the movie and reading the next instalment, The Mortal Instruments City of Ashes.

From the very start of the book, I liked Jace Wayland. His character is incredibly complex, and his actions are hard to read and interpret. He starts off as sarcastic, aloof and demeaning, but his love for Clary sees him develop to become gentle and protective. I must admit, I was seriously disappointed when I found out who he truly is (not spilling the beans), I would’ve liked to see this relationship develop.

The Mortal Instruments City Of Bones was a pleasant surprise. I though it would be another “Twilight” spin off, but it carries it’s own unique story and characters and I’m really looking forward to reading the next instalments. 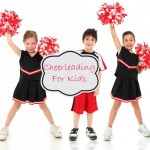 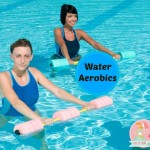 Water Aerobics is a Great… We Can All Eat That By Pam

Pam Brook is the author of We Can All Eat That. 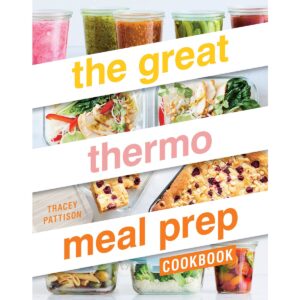 List of Book Subscription Boxes 2020 ** THIS ARTICLE IS CURRENTLY