Have you ever thought that you are living a life that you don’t deserve to be living?

When you’ve reached your goals, but you still have self doubt and you are convinced everyone will think you’re a fraud?

You might have “imposter syndrome” – a term first coined by psychologists Pauline Rose Clance and Suzanne Imes in 1978 to describe people who “maintain a strong belief that they are not intelligent; in fact, they are convinced that they have fooled anyone who thinks otherwise.”

It reminds me of the Talking Heads song (yes I remember the 1980s very well, thank you) Once In A Lifetime:

Well.. how DID you get here? Most probably because of your own achievements, accomplishments, intelligence and abilities.

But if you suffer from imposter syndrome, you’ll constantly second-guess yourself, and assume everyone will know you’re an imposter, a charlatan, a shonk and you don’t know what you’re doing, and you just lucked out. If you’re a high achiever, you’re more likely to be affected by imposter syndrome. It’s also more common for women than it is for men. Those who have it lack self-confidence and often find it difficult to enjoy their achievements and believe they were one-offs or accidents and eventually, they will be found out, and people will discover what they are truly like. People with imposter syndrome fear success and failure.

Researchers from Ghent University found that sufferers can actually bury themselves in tasks to avoid extra responsibility instead of working harder to prove their abilities. They then become trapped in an imposter cycle where they feel fake, but are too afraid of being exposed as a phony to actually do anything about it. There are always stories about ways women undervalue themselves – we find it hard to ask for a pay rise, we don’t apply for jobs unless we’re certain we tick every single box on the selection criteria, we find negotiating hard, and so on. Men on the other hand are more likely to just go for it.

Some consider imposter syndrome to be somewhat of a “rite of passage” as you build your career. When you climb the ladder in your profession, you generally become more skilled at what you do. You would think that at this point, your self-doubts would start to ease, but the reverse is actually more common. As your career progresses, you gain more responsibilities. With this, the cost of failure is higher.

Meanwhile, people who have imposter syndrome are generally successful people, and those who DON’T have it are more likely to be the real frauds.

This is because of a cognitive bias called the “Dunning-Kruger effect” where people who have poor skills mistakenly rate their abilities as being above average. To overcome imposter syndrome, you need to accept yourself. It’s likely you’re a perfectionist – or perhaps you were raised by one. You need to accept that perfection isn’t necessary to be worthy of any success or accomplishments you have achieved.

Own your successes because they are yours, and you deserve it. Try to turn off that little critical voice in your head that feeds imposter syndrome – it’s your worst enemy. Avoid negative self-talk and stop down-playing your talents and accomplishments.

Many of the world’s most successful people have admitted to suffering from imposter syndrome – it’s part of being successful. 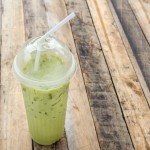 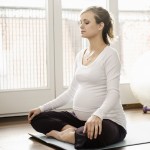 A Simple 15-Minute Procedure May…