More Australian women are GOING to die from Domestic Violence….

And nothing is going to change for a very very long time. Who is going to be next? Could it be you? Or your neighbour? What about your sister or your daughter? Why are they going to die?

Personally I’m sick to death of reading about new deaths nearly every week.  Why are women dying?  Here’s why!

And even if all these things change – women are still going to die.

Kelly Wilkinson died at the hands of her ex-husband

Kelly Wilkinson Died With a Valid AVO on Her Partner

27-year-old Gold Coast Mum Kelly Wilkinson was allegedly bashed and burned to death by her ex-husband last Tuesday morning. Her ex-husband has now been charged with her murder.

When her ex-husband allegedly repeatedly breached the Domestic Violence Order, Kelly had told family and friends that she was scared for her life.  Kelly’s sisters physically drove Kelly to the Police Station almost every day to report her ex-husband’s breaches of his court order.

Kelly did all the right things. And she still died.

Why Are So Many Women (And Children) Dying?

Domestic Violence has always been there.  But that doesn’t mean it is acceptable.  Women are considered by some to be possessions – not people.  The lasts few years has seen a huge uprising of women demanding equality in life.  But with that rise in women standing up to be counted, there are a whole lot of men telling us to ‘Get back in the kitchen”.  You only have to follow any Facebook Thread on a story of a woman being murdered by her spouse to see a whole lot of toxic masculinity. And scarily – most of this is by young men.

It doesn’t take much searching on Facebook to find these horrifying comments.

The COVID Pandemic has escalated the problem of Domestic Violence of late.  Perpetrators of violence are locked down with their families exacerbating the issue. Substance abuse and alcoholism in on the rise. On top of this, Australia is experiencing a rental crisis, with a severe lack of affordable accommodation, especially low-cost accommodation that women may need to escape to with their children.

No, It Isn’t Just Women Dying of Domestic Violence – But More Women Die

And I’m not saying here it doesn’t happen to men.  It does. Every single day.

1 in 16 men has experienced the same.

The Most At-Risk Victim of Domestic Violence

You are far more likely to be a victim of domestic violence if you are:

Hannah Baxter died a terrible death, trying to protect her three babies from the wrath of her ex-husband.  The 31-year-old Brisbane mother and her beautiful three children, Aaliyah (6), Laianah (4) and Trey (3), were covered in petrol in their vehicle and set alight.  Hannah was taking the kids on their morning school run at the time.  Hannah had separated from her husband and had moved out of the family home with the children.

Hannah Baxter had made the decision to remove herself from the domestic violence she experienced at home.  She left.  Being scared of her ex-husband – she hid at a friends house with the children. It didn’t matter, he found them and jumped in the car when Hannah was leaving the house before making them suffer in the most excruciating way.  The three children died right away.  Hannah was pulled from the vehicle and was lucid enough to tell Police who did this to her before she died in hospital.

Her ex-husband took his own life.

In the aftermath, it was revealed that Hannah Baxter’s ex-husband had thought about killing his wife and child from a previous relationship when that ended.  He carried a rope in his vehicle.  He also had a conviction for Grievous Bodily Harm from a road rage incident where he nearly beat someone to death. 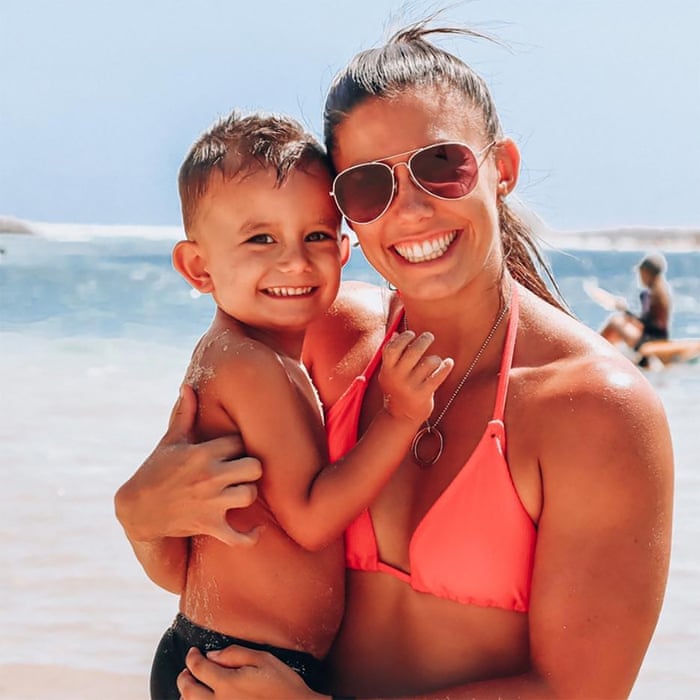 It’s Dangerous To Stay – But More Dangerous to Leave

Women suffering from Domestic Violence at home know that staying in that relationship is dangerous for both themselves and their children.  The usual public outcry is ‘Why don’t you just leave’. But what most people don’t realise is that walking away from the relationship is probably more dangerous.

Many times a partner can threaten to commit suicide if they leave.

Most domestic violence fatalities are committed within three-month of the relationship breaking down.

Plus many partners are financially abusing their spouses.

In the case of Kelly Wilkinson, it’s been said that her ex-husband wouldn’t let her get her drivers licence and wouldn’t give her access to any funds.  How can she leave with three small children when she doesn’t have the means or opportunity to do so?

But other reasons someone may not want to leave an abusive relationship can include:

Signs Someone is a Victim of Domestic Violence:

It isn’t always easy to spot the signs that someone is in a domestic violence situation.  Here are some possible indicators.

What Can We as a Community Do About Domestic Violence?

I really don’t know.  Many of the websites out there provide a huge list of phone numbers and helplines (see below) but it can be difficult to get domestic violence sufferers to reach out to them in the first place. If people won’t or can’t ask for help, then how do we help them?

My Two Cents Worth:

I worry about how many more women and children will die via Domestic Violence.  Here are the only points I can suggest that may or may not make a difference.

There is help out there if you find yourself in a domestic violence situation…..

White Ribbon work to change the attitudes and behaviours that lead to violence against women through a network of support services in each state, there to assist 24/7.

The Australian Women Against Violence Alliance (AWAVA) ensures that women’s voices, particularly marginalised women’s voices, are heard by Government, harnessing and amplifying the work of its member organisations, friends and supporters.

The Australian Childhood Foundation is a not-for-profit organisation dedicated to supporting children and families devastated by abuse, family violence and neglect.

Kids Helpline is a free, 24 hour counselling service for young people aged 5-25 years. Counselling is offered by phone, email and over the web.

Lifeline is a national charity providing all Australians experiencing a personal crisis with access to 24 hour crisis support and suicide prevention services.

A dedicated service for men with relationship and family concerns.

Relationships Australia is a leading provider of relationship support services for individuals, families and communities.