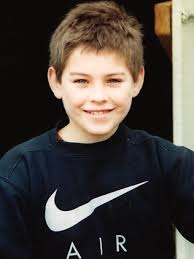 I am beyond furious.

The Daniel Morcombe case was one of the most frightening cases I have ever heard.  It hit home for me.  Daniel was kidnapped literally an hour from my doorstep.  I was driving on the Bruce Highway, near that spot, the very day it happened.  It stroke such fear in my heart that something so terrible could happen to an innocent.  That gorgeous young boy, ripped from his family, and the sheer unknown of what happened to him for so long.  I struggled to sleep at night knowing what fear that Daniel might have endured.

When they finally arrested Brett Peter Cowan, everyone I knew was triumphant.  YES.  The bad guy had gotten away with it for so long, but finally, after extensive undercover operations lasting years, the Police got him.  They never gave up, and neither did the public.

The case has been brought in front of the Queensland Board of Appeals today. It is determining whether the legal challenge instigated from Cowan’s lawyers will be decided.  The outcome – a retrial or acquittal.  An acquittal will mean that this monster gets released back into the public.

Apparently the reason for this is that his confession of Daniel’s murder was ‘tricked’ out of him.  Cowan’s lawyers are questioning the legitimacy of the police operation, and whether the jury should of been shown the footage or it even presented at the trial at all.

Excuse me.  This man is a MONSTER.  He killed an innocent boy.  He has hurt countless children before.

Personally, I don’t give a flying fuck if the Police tricked him or not – he admitted to killing him.

He showed the Police to his remains.  His remains were found.

Doesn’t that prove that he is guilty.

This cannot happen.  It can’t.

I don’t pretend that I understand the Queensland Legal System, but surely something can be done to keep this Monster in jail.

Please go over to the Daniel Morcombe Foundation Page and show your support.

We Focus on CEO Natasha Chadwick