In most of the Western world, the size of our portions has steadily risen over the last few decades.

With it, our waistlines have also expanded, and drawing a connection between the two isn’t exactly rocket science.

Navigating the fine line between healthy portions and a satisfied appetite is something that many people struggle with. The biggest issue isn’t that we need to eat more, but that we’re easily tricked and often unaware of the recommended portion size. So let’s start by giving you a stronger idea of what a typical portion is, then giving you some tips on having better food portion control in your diet.

When you’re suffering from ‘portion distortion’, you need to take a serious look at the facts and apply them to your daily eating habits. The size of recommended portions will probably surprise you, and show you just how out of touch your ideas about portions are. Have a look at these below:

Fruit: A standard serving of fruit is a medium piece of fruit, usually apple, banana or orange, or two smaller pieces of fruit, like apricots or kiwi fruits. You can also have a cup of canned fruit or fruit salad (drained of syrup), 1 – 2 tablespoons of sultanas or 125mL of fruit juice.

Vegetables: If you’re eating one portion of vegetables, you’ll be looking at one cup of salad, half a cup of cooked vegetables, or one tomato.

Carbs: Here, we’re talking about bread, rice, cereal and pasta. A single serving is equal to just one cup of rice, cereal or pasta when cooked, two medium slices of bread (only 60 grams, so watch out for thick cuts), or one medium bread roll.

Dairy: A serving of dairy might look like a 250mL cup of milk, one small carton (about 200g) of yoghurt, or two slices of cheese (40g so if you’re doing the slicing yourself. don’t cut too thick).

Protein: People often get confused about meat portions, particularly in Australia where meat is often the foundation of a meal. A serving is really 100g or less of meat, and less than 120g of fish (men can eat more throughout the day). You could also have two small eggs, half a cup of legumes (cooked or canned), or one third of a cup of nuts.

So how can you go about making sure you eat the correct portion of food on a day to day basis? Well, these food hacks are a great place to start!

Did you know that when you have a food craving, the maximum food pleasure that you get from craving comes from just the first few bites. So, you don’t necessarily need to beat yourself up about craving at morning tea, as long as you only have a very small serving of the treat in question. We mean half or even a third of a slice of cake. It’s more than enough to satisfy a craving. As our idea about portion sizes has increased, so too have the size of the plates that we eat on. This has led to further confusion about how big portions really are, mostly because on those larger plates, recommended portions do not appear enough. So to control your own portion distortion, get smaller plates and get rid of your other ones. With bowls, make sure you get small, shallow bowls instead of deep ones. Both help in the long run.

Portion control is all about balancing the healthy parts of your diet with the right foods. One great way to do this is to mentally divide your plate at meal times. One quarter should contain protein, one quarter a healthy starch (think brown rice), and half should be fruits and vegetables. As fruits and vegetables are naturally quite low in calories, and high in fibre, they’re both healthy and filling. 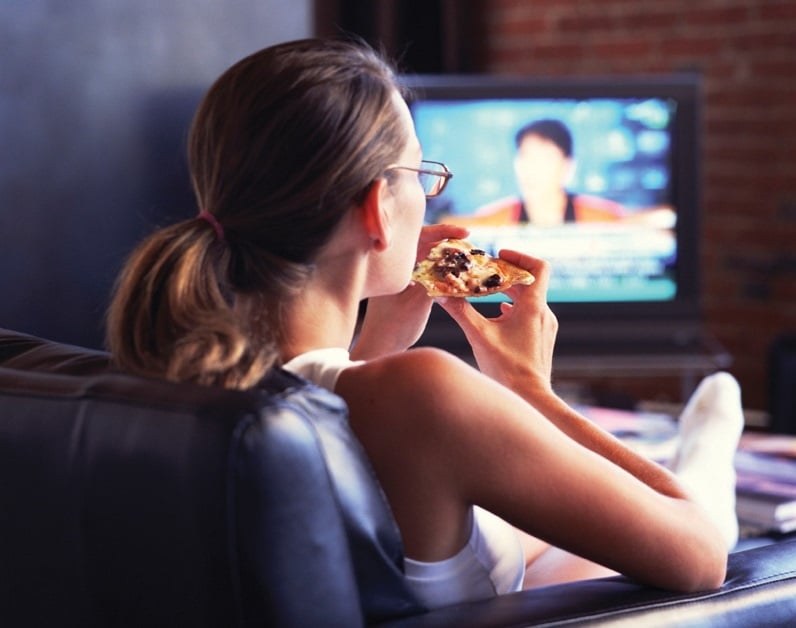 This could also be called: Practice mindful eating. One of the biggest issues that people have today in controlling their portion size is that they’re distracted while eating. Whether it’s reading a book or sitting down in front of the television, we rarely focus entirely on our food. This means we eat faster, enjoy less, and consume more. So instead of sitting down to your programmes, have dinner at the table over conversation and really concentrate on your food. You’ll feel fuller and more satisfied.

When we’re eating a portion of food out of a much larger container, like a bag of chips, we’re almost never able to control the amount we eat. It’s hard to visualise how much we’ve eaten unless we actually see it, so do yourself a favour and don’t eat out of the bag any more. Look at the serving size, serve yourself that much in a bowl, put the rest of it away and savour what you have.

Portion distortion is a massive problem in our society today, but that doesn’t mean you also have to fall victim to it. With these simple tips, you can take a stand against oversized portions that will ultimately be beneficial to your waistline and your health. Spread the word about proper portions, and educate those around you on how much they should really be eating. They might be as surprised as you were.

What are your tips for a better food portion control?

8 Shocking Facts About Circumcision in Our Society

Ladies And Gentlemen (Particularly You), The Truth Behind The Snip

10 Best Menopause Supplements That Will Give Your Symptoms Relief

How To Deal With Dandruff and Itchy Scalps