We see them all over our screens and in the press.

The famous people of the world, be it actors, musicians, models, elite sports people and more — glamorous, sophisticated — they have it all (well money and fame anyway!) Who wouldn’t want to be them?

What if you could be ‘just like them’ well not completely, but the closest thing you could get without getting really, really, weird.

Imagine growing up with these people, watching their rise to fame, supporting them, but maybe secretly wishing you could have it all. Well as a little known twin to some of the world’s most famous people, it’s got to be hard.

Here are 15 famous people who have a twin.

Michael had to do just that. Diagnosed with Cerebral Palsy from a young age, Michael’s life wasn’t as ‘easy’ as his twin brothers. He was the kid with the “Coke Bottle Glasses and the hearing aid”. Michael was often bullied by other kids at school, which often his brother stepped in to protect him. Michael’s brother is Ashton.

Yes Rami Malek, star of Bohemian Rhapsody and Twilight has an identical twin!  Sami Malek is four minutes younger than his brother Rami, and the two even went together to the 2019 Golden Globe Awards.  Unlike his brother, Sami Malek is a teacher and isn’t interested in the acting profession.

The two appeared on the Jimmy Kimmel Live show where they told tales about swapping places at school to fool the teachers!  Naughty boys!

Another famous twin is the Hollywood starlet Scarlett Johansson. Sharing her mother’s womb with Scarlett was her twin brother Hunter. Being the younger of the two (by a whopping three minutes!), Hunter has enjoyed his own time in the spotlight being named as one of People Magazines ‘Hot Bachelors’ in 2008.

If you are a fan of Riverdale, you would already know about Cole Sprouse, but did you know he rocks the black hair just for the part?  But the twins first part in the acting world was as five year old Julian in the Adam Sandler Movie, Big Daddy.  Then they had their very own show on The Disney Channel in 2005 called ‘The Suite Life of Zack and Cody’.

Next Page:  Olly Murs has a twin brother! 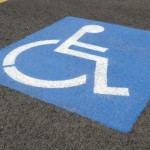 It’s Time We Talked About… Addicted to Gardening? Here’s What…