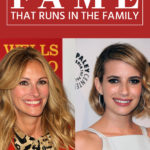 Finding fame by yourself is one tough job – but when you’re surrounded by equally talented people in your family, it becomes much easier to reach that most-coveted superstar status!

You probably didn’t know that many of your favourite Hollywood stars are actually surrounded by equally famous relatives. A lot of them are hard to tell apart but when you look closely, you’ll find out that they don’t just share the same talent in acting or singing but they also share a few features that will convince you that they are indeed connected by blood!

Are you ready to find out who is a brother, sister, parent, child or cousin to whom?

With a film director and poet for a father (Stephen Gyllenhaal) and a screenwriter and director for a mother (Naomi Foner), it’s not surprising why these two siblings eventually ventured into show business. Jacob Benjamin — or more popularly, Jake — started acting at age ten and is best known for his roles in Brokeback Mountain, Prince of Persia, Love and Other Drugs and Source Code, among many others. His older sister, Margalit Ruth — or Maggie — also started out as a child actress and is well-known for her roles in Secretary and Sherrybaby.

These two very rarely get together (Melissa did not even attend cousin Jenny’s small wedding to Donnie Wahlberg) because the two seem to be in “opposite worlds” most of the time. Still, you can’t dismiss the good genes that flow in their bloodline — they definitely show! Jenny started out in show business in 1993 as a nude model for Playboy magazine but could now be mostly found in shows like The View, Donnie Loves Jenny and the Wahlburgers. Melissa, on the other hand, is slowly become a rising star in comedy leading films like Spy and Tammy but you probably remember her most for her role as Sookie St. James in Gilmore Girls.

It’s definitely hard to fill in the shoes of her extremely famous aunt who needs no introductions but Emma Roberts had no trouble doing just that. Although she been appearing in a few small roles since 2001, it was when she starred in Aquamarine in 2006 and Nancy Drew in 2007 that her fame took off. I don’t know about you but I definitely see the same amazing smile in these two!

Bootstrap Bill of The Pirates of the Caribbean series sure has a brood of equally talented and awesome children. Alexander is best known for his role in True Blood, Gustaf became most popular outside of Scandinavia for his roles as Floki in History Channel’s Vikings while Bill has also starred as Simon in Simple Simon.

They’re not entirely related — Reba McEntire is actually the step mum of Kelly Clarkson’s husband, Brandon Blackstock (also Clarkson’s manager). Still the bond between the two is amazing, you’d think they come with the same bloodline. Reba also seems to take on quite a great role as grand mum to Kelly’s kids.

You wouldn’t think they’re in any way related — but they actually are! These two are not only talented but they use their superstar influence to successfully organise and raise funds for George McGovern’s campaign forthe presidency back in 1972.

Scott Caan is best remembered for his role as the hot-headed gangster Sonny Corleone in The Godfather. Meanwhile, his son James Caan followed his dad’s footsteps and has quite successfully learned to emerge out of his shadows as he stars as the tough detective Sgt. Daniel Williams in the CBS television series, Hawaii Five-O.

This beautiful family sure has awesome genes running through them. Not only are they talented — Goldie is best remembered for her role in TV’s Rowan & Martin’s Laugh-In, Kate as Penny Lane in Almost Famous and Oliver as Adam Rhodes in CBS’s Rules of Engagement — but they are also very good looking. Just look at those eyes!

You could probably remember Ralph for his appearance in Schindler’s List or as Voldemort in the Harry Potter fame (if you recognised that). His younger brother, meanwhile, is known for his role as William Shakespeare in Shakespeare In Love and as Sir Robert Dudley in Elizabeth.

Gwyneth has been everywhere but she’s probably best remembered today as Tony Stark’s personal assistant and love interest, Pepper Potts in the Iron Man series. Talent does run in the genes for this family — Gwyneth’s dad is former television and film director and producer, Bruce Paltrow while her mum is Blythe Danner, a film, television and stage actress. Gwyneth’s brother, Jake Paltrow, is also a director.

Would you believe that Law and Order: Special Victims Unit’s Sergeant Olivia Benson’s mum was one of the early Playboy Playmates?

Jeremy Irons career in show business started on stage back in 1969 and his first major film role was in 1981 in The French Lieutenant’s Woman where he received a BAFTA nomination for it. His son, Max Irons, has meanwhile appeared in movies such as The White Queen, The Host, The Riot Club, Red Riding Hood.

Singer-songwriter Lily Allen whom you may remember well from Smile, her first mainstream single that reached number one in the UK Singles Chart back in July 2006. Can’t recognise Alfie Allen from this picture? Well, he’s Theon Greyjoy in HBO’s Game of Thrones!

The Badlands and Apocalypse Now star is the father of equally talented Platoon and Two and A Half Men star Charlie Sheen and Brat Pack star Emilio Estevez.

These two actually appeared together in the hit movie Lara Croft before they had a very public falling out where he accused her daughter of having serious mental problems while she accused him of cheating on her mum. Even so, it’s incredible how much talent runs through their blood.

Liev has appeared many times in several independent films and later on in the popular Scream horror film trilogy. On the other hand, you can find his younger brother Pablo as George Mendez in Orange Is The New Black.

Phil Collins found his fame through becoming the drummer and lead singer of the rock band, Genesis, but later gained even more popularity as a solo artist because of songs like Another Day in Paradise and Against All Odds. His daughter, while not following his footsteps in music, has been making a name for herself starring in popular films such as The Blind Side, Abduction and The Mortal Instruments series.

Zooey has been making her name as a comedic actress through films like The Hitchhiker’s Guide to the Galaxy and Yes Man and the TV series New Girl but her sister Emily goes on a more serious role as Dr. Temperance Brennan in the Fox crime procedural comedy-drama series Bones.

Talent runs in the blood in this two: Casey received an Academy Award nomination for his performance in Gone Baby Gone, which was directed by Ben.

While their mother Ann Paula was a former mathematics teacher and political activist, their father Richard was an actor. Joan started acting in 1979 while John started in 1983. They also have another sister, Ann, who has been acting since 1992.

Matt started as Richie White in Over the Edge back in 1979 while Kevin started as Arnold Norberry in the television series No Big Deal back in 1983.

Did you know that Donnie is the founding member of the boy band New Kids on the Block? Outside of his music career, Donnie has also appeared in various films such as Saw, The Sixth Sense and Band of Brothers. Mark also started out in music and was known as Marky Mark, when he was the frontman of the band Marky Mark and the Funky Bunch. He later ventured on to acting and appeared in movies such as The Perfect Storm and Planet of the Apes.

Do you know other celebrities with famous relatives? 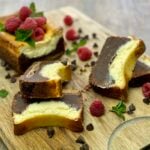 What year was this article written?
Asked 3 hours ago
Are mandatory vaccines for certain employment sectors fair?
Answered 4 hours ago
Is it so wrong to let my kids walk to school?!
Answered 1 day ago
How to Become an NDIS Support Worker in Australia
Answered 1 day ago