Have you ever wondered if people realise when they say ‘I’d kill for a steak’ that the inmates on death row in the U.S. who have indeed killed, are getting that grilled rump before it’s lights out? Permanently, that is.

There are two teams with very different thoughts on the treatment of inmates who have committed crimes so horrific that they have been sentenced to death.

One team is ‘Murderers deserve forgiveness, a second chance, rehabilitation and another go at life’.

I am on the other team ‘Let them rot in a hole until they are yanked out and put to sleep for good’.

Each to their own opinion, of course.

Via the media, we are faced with the cold, hard facts of the heinous crimes that have been committed by some seriously deranged and evil lowlifes. They are placed in jail, sent through the court system and if sentenced to the death penalty, they’re back to jail to await such times an electric chair becomes charged up or lethal injection is reloaded.

In the days leading up to an execution, a special meal of the prisoner’s choosing is served to them. There is usually a dollar limit and the food has to be sourced locally. Second helpings are denied. The state of Texas has dumped the special meal and offers only standard fare. Good on them. I’m not down with the luxury of steak and lobster served up, last meal or not.

Being that these prisoners were off the scale, morally bankrupt, it might be interesting to see what they ordered. Some psychiatric specialists have used final meals to delve into the minds of the accused, to find a reason why those particular foods were ordered.

Take a look, there are some weird ones”¦.

Lewis was convicted of killing her husband and stepson in 2002 and was lethally injected on charges of murder, robbery and conspiracy in 2010. Her last request was fried chicken, peas and butter, apple pie and a Dr. Pepper.

A German- born carpenter who was convicted of the abduction and murder of the 20-month-old son of Charles and Anne Lindbergh. The Lindbergh baby case became known as “The Crime of the Century”. He was sentenced to electrocution in 1936 and his requested meal consisted of chicken, buttered peas, French fries, celery, olives and a slice of cake.

Davis was controversially executed by electric chair, which sparked debate on issues of capital punishment. He was charged for the 1982 murder of a pregnant woman and her two children. His last meal was one lobster tail, fried potatoes, 250gms of fried shrimp, 170gms of fried clams, half a loaf of garlic bread and 1 litre of A&W Root Beer. Seriously???

Feguer was hanged in 1963 for kidnapping and murder and was the last person executed in Iowa. For his last meal, he requested a single olive with the pit still in it, with the hopes that it would grow into an olive tree from inside his body. It took me a while to realise he meant that after he was buried he hoped for the tree to grow up through his burial plot. Gwew”¦”¦

Bundy was famously sent to the electric chair for more than 35 counts of murder. He declined a last meal of his choice, so he was sent the standard: steak, eggs, hash browns, toast, milk and juice.

Charged with 168 counts of murder in the Oklahoma City bombing, McVeigh’s last wish was for a litre of mint chocolate chip ice cream. No delicious ice cream should have ever touched those lips! 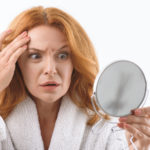 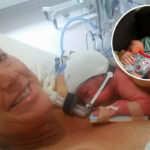 Mum Urges Women To Get…