Australia, in many ways, is a pretty privileged place to live. We have enough to keep us happy, healthy and satisfied”¦ maybe even too much.

Why do we say this? Well, we throw away a whole lot of food every single year. In fact, about 20% of all the food we purchase goes straight in the bin. To put that in perspective for you, imagine going to the shops and buying 5 bags of groceries, then on your way out you drop one of those bags in the carpark, and drive off without a backward glance.

Crazy right? Just wait until you hear the rest!

We’re going to bring up some numbers now, and we expect you to be shocked by them. More than shocked, we want you to be motivated, even inspired, to change the way you handle food in your house. Not only will it save you money in the long run, but you can make a difference to our country and our planet.

In the average Australian household, tucked away in the kitchen is the house bin. For most houses, when the bin is full around 40% of what’s inside is wasted food. Putting that into a monetary perspective, that’s more than $1,000 of food being thrown away every year. With that money you could feed your house for more than a month (in most cases) or pay half of the average annual electricity bill. That’s a lot of food, and a lot of waste.

Overall, the numbers are even more incredible. In Australia we throw out $8 billion worth of food every year. This isn’t rotten bad food, it’s edible food. That’s around 4,000,000 tonnes to food, every single year. Per household, this massive waste averages out at just less than 350kg each, or around three average sized fridge fulls.

The impact of this is as close as your wallet, and as far away as the planet’s well being. When you throw food away you’re also wasting all the water, fuel and other resources that it took to create that food, which isn’t just wasteful but incredible inefficient. But, it’s the big picture that’s more of a worry, as when we throw away food it gets sent to landfill. Here it gives off a greenhouse gas called methane, which is a high pollutant. In fact, it’s around 25 times more potent than the carbon pollution from a car exhaust. Bad right?

What Can You Do (And How It Saves The World)

Food waste in Australia has reached a critical level. With around 450,000 garbage trucks filled every year with that wasted food, the time to change our behaviours and attitudes is now. Here’s what you can do.

One thing that households can do to waste less food is to shop with a clear plan. The best way to do that is to plan your meals before you shop. Think about how many people you need to feed, and plan appropriately. Carry a list with you to the shopping centre, and stick to it. In this way you’ll end up buying just as much food as you need, and you’ll have time to check what you already have at home before you shop. Lists also help if you shop when you’re hungry, as they stop you from buying additional, and unneeded food, just because you’re eager to eat it. Just think of how much food you waste, and how much of your budget is wasted with it.

Did you know that food is often wasted just because we aren’t sure how to use it? For example, leftovers are often thrown out because families don’t plan to use them, and instead cook every day. Sometimes foods are trashed because people think they’re past their use-by or best before date, but they really aren’t. These can all be fixed by eating smarter. Know the food that is available to you in your home, and plan to use everything before shopping again. Don’t allow leftovers to pile up, only to be thrown away and wasted. After all, that’s money wasted as well.

Don’t throw something away just because you don’t think you’re going to use it. Instead, try and get creative. If something is about to go bad, and you won’t use it in time, consider freezing it. Take care with meats, but many vegetables can be steamed and mashed, before being frozen. These can later be added to meals as additional vegetable goodness, often undetected by fussy children.

Have you ever noticed that when you grow things yourself, they never turn out looking like what you buy in the supermarket? The reason for this is that supermarkets have very high cosmetic standards. They’re so high in fact that between 20% and 40% of all fruits and vegetables don’t even get to shops. They’re thrown away because they don’t look like they should. Many Australians aren’t aware of this, but you can raise awareness and talk to your own local shopping centre about bringing more of those foods to the shelves. The more people that are worried about it, the more the shops will be inclined to make changes to their business model.

If you find yourself with lots of scraps and bio waste, there are so many ways to use it. One great way is to compost it in your own backyard. A compost bin can be easily purchased, and composting is something that anyone can learn. Compost that you make in your own backyard could give your gardens an amazing natural boost, and make use of something that would have ended up in landfill. Take this mindset one step further by recycling the food you eat into food for something else. Chickens love various scraps, and if you have space they’re a great way to keep a natural food chain going, instead of relying on landfill.

If you want to learn more about food waste in Australia, check out FOODWISE. 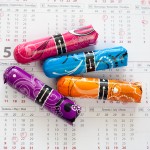 Study: Depression Among Women May…