Victory Gardens are a food producing vegetable, fruit and herb garden that were once planted during World War I and II around the world to supplement the diet of the of civilians due to food rationing. As agricultural workers were increasingly drafted into the military, there was the potential for millions of people to starve. The Government instructed its people to plant food, both for themselves, and for their soldiers overseas.  These vegetable gardens were nicknamed ‘Victory Gardens’ – and with Covid-19 still raging across the world, the humble Victory Garden is making a comeback.

Image via State Library of Queensland

The History of Victory Gardens

In 1917, American Lumber Heir Charles Lathrop Pack started the ‘National War Garden Commission’. This encouraged Americans, in particular, to plant and harvest food on their own property both to feed the community and to also supplement the war effort.  Victory Gardens weren’t just limited to back yards, they were also grown on school grounds, vacant lots, parks and anywhere that was spare land at the time that could support food growth.

At the time, ornamental gardens were in vogue, and the humble vegetable patch was scarcely seen in cities and regional areas.

The National War Garden Commission printed posters citing ‘Sow the Seeds of Victory’.  They provided pamphlets for the community showing what to grow, how to grow it and preventing pests. Women’s magazines included what to plant and when.  Even school children were enlisted to be ‘Soldiers of the soil’ and look after the gardens that were planted in their school grounds.

Soon after World War I, Victory Gardens slowly fell out of favour.

Then with World World II approaching, the Victory Garden reemerged. In 1942, approximately 15 million families planted Victory Gardens which produced 8 million tons of food. And by the end of 1943, Victory Gardens supplied 40 percent of civilian needs for fresh produce. 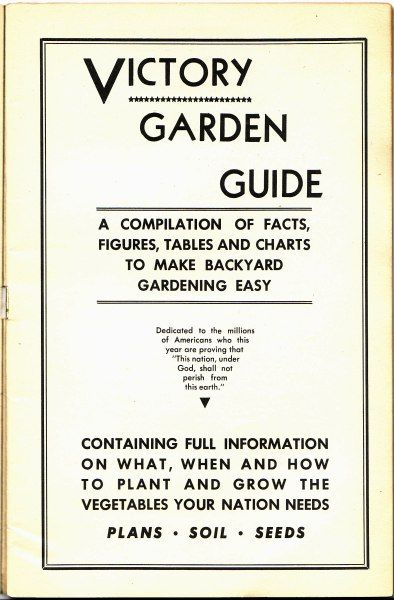 An example of the Victory Garden Guide

Australia’s Prime Minister in 1942, John Curtin launched a campaign called ‘Dig for Victory’ that encouraged Australians to grow their own produce.  The Australian Women’s Land Army set up in 1942 became instrumental in growing produce in country areas. Australians went further with the idea and added the chook shed ‘up the back’.  They turned both their front yards and backyards into a food-producing garden. 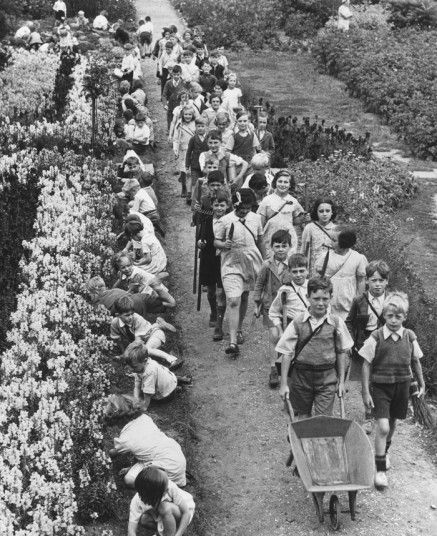 Children gardening during their holidays at a school in Cobham, Surrey, August 1940

Image via The Telegraph.co.uk

Eleanor Roosevelt planted a Victory Garden in the confines of the White House in 1943, setting an example to the American public that they too could help with the war effort by creating a Victory Garden.

There was also a Victory Garden planted in the grounds of Rippon Lea in Melbourne.

Have you noticed recently that it is nearly impossible to find vegetable seedlings at your local hardware store? Or packets of seeds that are usually overflowing at the supermarket are now scant to none?  Covid-19 has seen a resurgence of people growing their own food, mainly to ensure food security. In uncertain times, many people turn to the humble vegetable patch for peace of mind.

Even though most Australians no longer have the luxury of a quarter-of-an-acre block like back in 1942, you can still have your own little Victory Garden, even if you live in an apartment.  Herbs such as Basil, Oregano and Parsley grow well in small pots on the windowsill. Vertical gardens don’t take up a lot of room yet can produce enough salad for the average family. If you just don’t have space, look into your local community garden! More Information on Growing a Victory Garden in Australia: 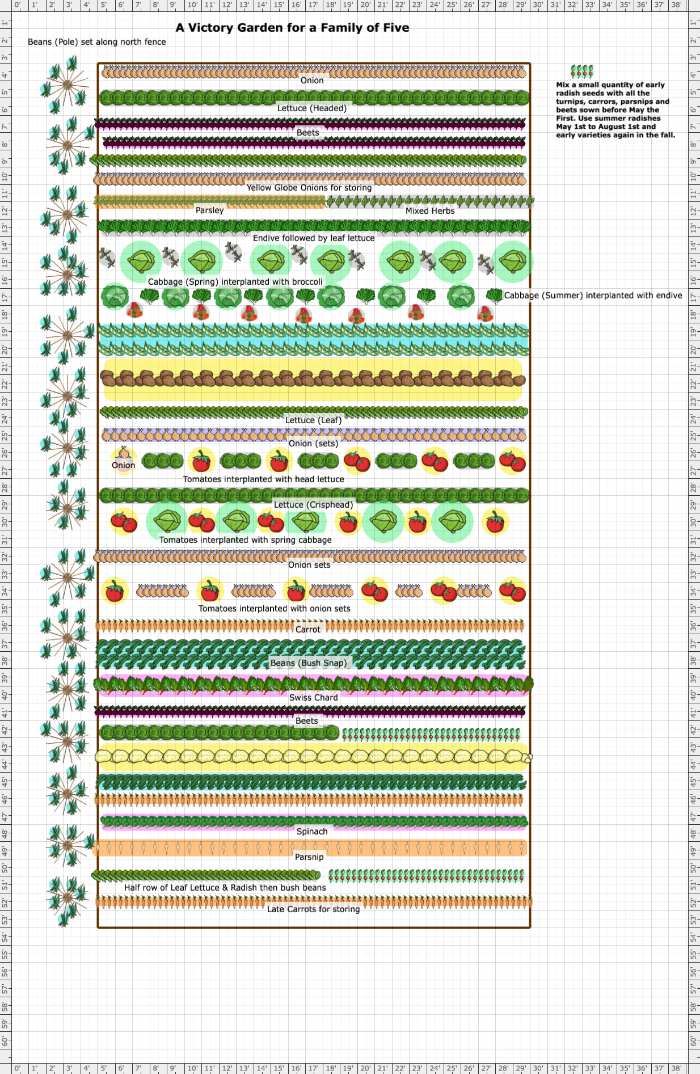