Fresh, dried, powdered, the chilli, or chilli pepper, has become a staple, if not a necessity, to everyone who loves a little fire in their belly.

Chillis are commonly grouped into three categories; bell peppers, sweet peppers and hot peppers, and are the fruit of the chilli plant, a species of the nightshade family.

Chillis are thought to have originated in the Americas, dating back to 7500 BCE, but were domesticated around 6000 years ago in Mexico. It was the Portuguese who introduced chilli to Asia in the 16th century. Now, these natural heat packs are grown, consumed and exported throughout the world.

Historically, the intensity of a chilli is measured by Scoville Heat Units (SHU), an empirical measurement that relies on the capsaicin sensitivity of human testers developed by American pharmacist Wilbur Scoville in the early 1900s that measures the heat or pungency of chilli peppers.

Starting at 0 on the SHU scale you’ll find the good old bell pepper, then they head up the heat rating list something like this;

Chilli Fever here’s a few you may or may not know!

Birds Eye Chilli The bird’s eye might be the baby of the chilli family when it comes to size but they can sure pack a punch as far as heat goes!

Bell Pepper the mildest of all pepper, the bell pepper, or sweet bell pepper as it’s also known, is perfect for those who can’t handle the heat.

Bhut Jolokia The Nagas One of the world’s hottest chillis, it originates from India where it’s been cultivated for centuries.

Cayenne we commonly know cayenne in its powdered form of cayenne pepper, and it sure as hell packs a punch once ground into powder.

Chipotle Chipotles have a deep, rich, smoky flavour and are most commonly found in a can for South American cooking.

Habanero There are a few habanero chillis around and some of the hottest are the Chocolate (named for its colour and the hottest of all habaneros), Caribbean and Orange. They are thought to have originated from Cuba then shipped off to Mexico where they are now most widely grown.

Jalapeno You’ll find gentle notes of citrus come through the heat of a good jalapeno chilli. A common staple in the chilli family.

Long Chilli Grown to a length of up to 15cm, these milder chilli’s are green while they’re in the growth phase on the plant then turn red once ripened.

Mirasol Chilli Mirasols are extremely hot and boast a vibrant red colour, grown to around 15 cm long they have a more conical shape, once dried they’re commonly known as guajillo.

New Mexico Green Pepper this is a smooth pepper with lots of flesh that varies in heat depending on its cultivation you’ll just have to taste this one and see for yourself I’m afraid!

Serrano these resemble a bird’s eye but feature a rounder tip that more resembles a jalapeno, they have a slightly milder heat.

Scotch Bonnet Not for the faint hearted!! The Scotch Bonnet is closely related to the hottest of hot habaneros, it’s also known as the Caribbean or Bonney Pepper and is found mostly in the Caribbean Islands. Interestingly there are also sweet varieties of the scotch bonnet floating around too. Even the hot ones have a sweet flavour and are used in many Islander cuisines, think jerk chicken as a guide.

Sichuan Chilli Sichuan chilli has a hint of lemony flavour with a nice thin skin and moderate heat rating, they grow to about 4 to 6 cm long.

1. Chilli peppers are perfect to grow in a hydroponic system and will be happy in any sized container.

2. They thrive with moisture and heat and the temperature of your growing environment greatly affects the levels of heat in your harvested pepper.

4. As far as lighting is concerned, a basic rule of thumb to keep in mind is that you’ll need about 40 watts per sq foot when growing any tall, high yielding plant like chilli peppers.

5. If you’re growing from seed they need lots of warmth to germinate.

6. Start the seed in an inert cell or cube for the best results and then transplant into your hydro system once the seeding has grown to about 10 cms or has established between 6 to 10 good leaves.

7. Chilli seeds germinate in a temperature of around 24 28 degrees Celsius, once they have reached the desired height and you’ve transferred them to your hydro system you can reduce the heat the 20 to 25 degrees mentioned earlier.

PS. There are three recognised spelling of the of the word chilli chili, chile, and chilli. 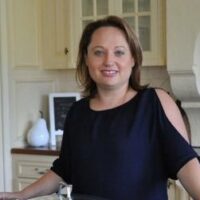 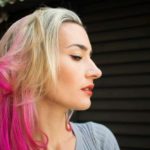 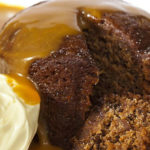 Sticky Date Pudding in a…

Just buy Australian owned & made!
Answered 10 hours ago
Is it so wrong to let my kids walk to school?!
Answered 18 hours ago
Do you regret not having a third baby?
Answered 23 hours ago
Would you be ok if your partner cheated?
Answered 1 day ago