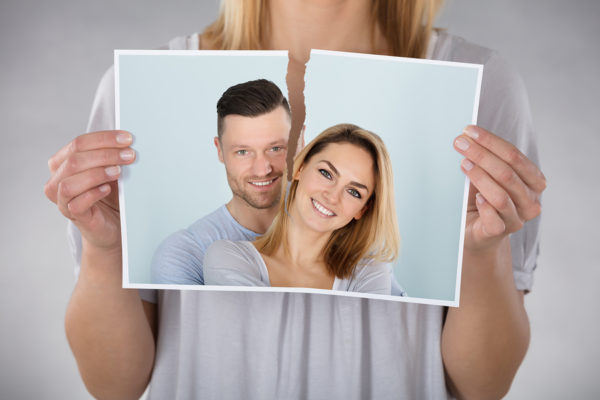 Have you ever run into an ex and wished that you hadn’t? Or they’ve come back to haunt you in some other way? Has it been super awkward? You’re not alone.

I’m fortunate that I have lived in another state with my husband for the last 12 years, far, far away from where all of my exes are located, so I can’t say I’ve had the pleasure recently.

I asked some of my friends, on the condition of anonymity, as well as Ask SAHM, for terrible, awkward stories about exes. Some of the stories were hilarious, some cringe-worthy. Some made me do the three-fingered salute like Katniss on The Hunger Games showing solidarity because, oh em gee, that could have been me, if not for fate and all that. My friend Esme* says she ran into someone, at work, who had left her quite devastated and embarrassed.

“I ordered air-conditioning for my workplace about 10 years ago. The person sent to do the quote was my ex fiancé who I hadn’t seen since he called off our wedding seven days before it was supposed to happen.

2. The one that caused you to get an AIDS test…

One of the people who responded on ASK SAHM had a cautious tale:

“When I was 18, I was madly in love (as we all are), we were still together when I was 21 and I discovered he was on heroin; so I packed my bags walked out, blocked his number and left his used syringe on the kitchen table. I bumped into him when I was pregnant to my now husband.

He was deathly thin and had scabs all over him, my husband refuses to shake his hand and says “So you’re the reason my wife needed an AIDS test” Yes, awkward…” 3. The one who is banging your new boyfriend’s mum

My friend Roxy* is the first to admit that this one sounds like it is straight outta Jerry Springer. Try to follow along:

“My ex boyfriend had sex with my current boyfriend’s (at the time) mother. The two guys were childhood friends. It was totes awkward when the mum of my boyfriend was telling me about having a new lover and having to explain to her doctor that her lover was well hung.

She needed to explain to the doctor about his size, because she just had her prolapse fixed. The mum was 53 and the ex-boyfriend was 21 at at the time.  It got even more awkward when his mum claimed the doctor kept bringing out dongs to test her and she kept saying ‘Bigger’.  I shit you not!  But I don’t think the ex-boyfriend was THAT big!”

4. The one who shows up and stares at you while you’re out to dinner with your new bloke’s family…

Another Ask SAHM poster recalls a really awkward dinner in a restaurant:

“I dated a guy for a while who was a weirdo. I ended it by saying I wasn’t ready for a relationship, needed time to get to know myself blah blah. He said he’d give me as much time as I needed, would wait for me etc. Crisis averted, or so I thought.

Until a few months later and I was going to dinner with my new boyfriend’s family, my first time meeting them all. And two tables away from us was my ex boyfriend and his entire family, giving me death stares during dinner. I didn’t make a great impression on my new in-laws that night, I was very uncomfortable.”

5. The one who thinks it’s okay if you see his dick because you’ve seen it before…

My friend Chrissy* has cause to go to her ex-husband’s house, where he lives with his new partner because they share custody of their daughter. One day, he opened the door naked from the waist down:

“How about going around to your ex’s and he answers the door knowing it’s you naked except for an open hoodie and he doesn’t see the big deal because you have seen it before.”

6. The one who tells everyone at a party about that time you beat the sh*t out of him...

Another from the Ask SAHM replies. When a woman who claims she is 5’3 and 51 kilos finds her boyfriend in bed with someone else, she beat them BOTH up:

“Back when i was 19 I gave up my family and decent friends to be with what I thought was the man of my dreams. He promised me the world. He was my first etc. One day I got home early and he was in bed with a mutual friend of ours. So I beat the crap out of both of them. I throat punched him while I dealt with her and then went back to finish him off. Dragged them both from the unit and left them in the stair well naked (I actually threw her g-string at her) and I shut the door to packed my shit. I left that town and moved back to my hometown.

Seven years later, I am married, I have two kids, a successful office job etc. I was invited to a workmate’s husband’s bbq birthday celebration so I took the family along too. Surprise surprise, my ex was there with his new family. I let my friend introduce us all and pretended I didn’t know him ‘Hi, nice to meet you’. Instead of playing along, he decided to tell everyone the story!!!

It was so awkward I could have died. My husband jokes about it now sometimes like ‘Yes, I’ll do the dishes, I don’t want to be throat punched’ and my kids tell people like their teachers and friends parents when they have sleep overs etc- coz they are bigmouths!!! I’ve been questioned a few times about it by people.

Have to keep reminding my kids that private stuff is private lol!”

7. The one whose angry ex-girlfriend is going to make you uncomfortable…

Another one of my friends, Eva* has this doozy, the sort of thing that would give anyone a nightmare:

“I was at a club back when I was at uni and got chatting with this girl who was a med student, and her boyfriend. She asked me if I wanted to have a three-way with them. I was young, single and off my face so I agreed.

After the deed, the boyfriend kept calling and texting me and eventually broke up with the med student and asked me out. She was pissed off – naturally – and made it known. We dated for a few years and then we moved on with our lives.

Years later, married with kids, I make an appointment at my usual doctor’s surgery and I am told I will be seeing the new GP (you know where this is going). I walk in and she looks familiar but I can’t place her. – it must be the years gone by – and the clothes!

She clearly hates me on sight but I put it down to the stress of a new job – but then I ask the question: “Do I know you from somewhere?” And she replied: “Yes you stole my boyfriend in uni!” It all floods back and red-faced I remembered her. And she got to remember me again – intimately – because then she gave me a pap smear! That was awkward!”

8. The one who thinks he can win you back at your father’s wake…

There’s a time and place for everything. As this Ask SAHM poster shows, getting back together with your grieving ex at her father’s wake isn’t it:

“After a bad break up, I moved on rather fast. He never did although he had a few quick girlfriends. About 5 years later- my dad passed away and my ex and his family attended the wake- it was a big local drink up with lots of people and noise. My ex came over to give me his ‘sorries’ and then starting saying how much he loves me and wants me back etc. It was pretty embarrassing as he had a girl there with him, plus everyone was listening while the band had a break from playing…” 9. The one whose mummy tries to prevent you from knowing what he’s up to with someone else in his room…

This tale from my friend Kim* makes me mad because I always knew this particular guy was a douche (I had known him for a few years before he got together with my friend). He was the sort of guy who was punching above his weight with his own hand, let alone with a person like my friend who is gorgeous inside and out:

“I remember running into my ex boyfriend with his dick in someone else. It came but a day after he was found by my sister in a downmarket nightclub with his tongue down the throat of someone else we knew, on the eve of her wedding.

While collecting my items from his house, having told him to tell his story walking, I was bounced by his mother. “What could she possibly be hiding? I thought. After a polite push past her, I walked in to find my ex and his new flame (a different girl to the one he was caught pashing the day before), riding the waves of the Warner Bros water bed.

Upon reflection I can only thank my lucky stars for this moment in time as it got me to pack my bags and sent me on a 10 year travelling working holiday, eventually settling in paradise.

The ex and the one I caught him with had kids and continued to fuck their way our hometown. Rumour has it they placed a bandana on the door knob to let the other know it was random-stranger-date-night.

Their divorce was brutal and he lost everything. Too bad so sad, pass me another cocktail.”

10. The one you’re so shocked to see, they need a mop and bucket to clean it up…

One more from the Ask SAHM crowd. When you lose your bottle, quite literally, upon bumping into someone who broke your heart:

“Buying the booze for hubby’s bachelor party. Face in the phone, texting his friends to make sure I have everything. I get up the counter and hear “ID please.” I look up and it’s my ex messing with me. When he moved out while I was at work one day, he took everything I owned but my bed and my clothes. We both moved to the same town 5 years later. I dropped the bottle I was holding out of shock, so I just walked out.”

11. The ones who see you off your face on painkillers and booze…

An honorary mention goes to my male friend, Morris*, who didn’t want to be excluded from sharing his awkward ex stories just because he doesn’t have a vagina. * Names have been changed, obviously. Which of these ex stories did you find most awkward? 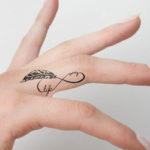 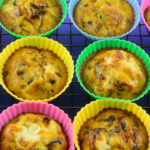