This article has been republished with full permission from The Conversation.

High fat, low fat, no carb, more carb: when it comes to getting information on eating to manage high blood cholesterol, confusion reigns.

Do you know your blood cholesterol level? If you don’t, ask your GP to check it. Over a third of Australian adults have high cholesterol.

Legumes and pulses, including baked beans, kidney beans, chick peas, lentils and split peas, can help lower cholesterol levels. The most recent Australian Health Survey found fewer than one in five Australians ate them on the day of the survey.

The results of 26 randomised control trials (the gold standard of research trials), which included 1,037 people who had either normal or high cholesterol levels, were added together. The data showed LDL cholesterol was reduced by 5% in response to eating 130 grams of pulses per day. This is equivalent to one small can or about a third of a 400 gram (large) can of baked beans.

Pulses are high in vegetable protein and fibre. They lower blood cholesterol in a number of ways. The soluble and insoluble fibres assist with lowering cholesterol absorption in the gut, while they promote growth of beneficial gut bacteria in the large bowel.

Legumes and pulses take longer to digest compared to processed foods. This means you tend to eat less when they’re part of a meal.

Plant sterols, or phytosterols, are chemically similar to blood cholesterol and are found in some plant foods, including nuts. Plant sterols are concentrated from plant sources and then added to some commonly eaten foods such as margarines, spreads or milk.

A review concluded that two grams of plant sterols a day leads to an 8-10% reduction in LDL cholesterol.

The type of fat the plant sterols are mixed with is important. A meta-analysis of 32 randomised control trials, involving around 2,100 people, found bigger reductions in total cholesterol (a mix of good and bad types) and LDL cholesterol when plant sterols were added to margarines or spreads derived from canola or rapeseed oil, rather than sunflower or soybean oil.

Nuts are high in protein and fat, but the amounts of polyunsaturated, monounsaturated and saturated fat vary. In a review of 25 intervention trials, eating approximately 67g of nuts a day (about half a cup) led to a 5.1% reduction in total cholesterol and 7.4% for LDL.

It didn’t matter what type of nuts people ate; the more nuts, the bigger the cholesterol reduction. People with higher LDL cholesterol at baseline or who were not overweight had a bigger improvement. One caution is that half a cup of nuts contains about 400 calories (1600kJ), so you need to eat nuts instead of another food, or eat less each day but have them every day.

Olive oil is a major component of the Mediterranean diet and the predominant source of fat. Olive oil contains a high proportion of monounsaturated fat.

More than 80% of olive oil’s healthy compounds (called phenolic compounds) are lost during the refining process, so less refined varieties, such as virgin olive oil, are a better choice.

In contrast, another trial randomly selected over 7,400 men and women at high risk of heart disease to follow three diets: the Mediterranean diet plus extra-virgin olive oil, or Mediterranean diet plus nuts, or a control diet (low fat). After 4.8 years follow-up, those in both the olive oil and nut groups had a 30% lower risk of heart attack, stroke or death from heart disease compared to controls.

In a recent trial, 47 men and women were randomised to substitute 4.5% of their usual food intake of olive oil or butter for five weeks, and then crossed over to the other group for another five weeks. Researchers found total cholesterol and LDL-cholesterol levels were significantly higher after consuming butter compared to olive oil.

The reduction was biggest in those who had high blood cholesterol to start with. Switching to a healthier spread makes sense for those with high cholesterol.

In our study, we found people were able to make a number of smaller changes across a range of the foods that lower blood cholesterol levels, including increasing nuts, soy foods and plant sterols.

But the biggest change people made was cutting back on energy-dense, nutrient-poor foods (junk foods) and eating a wider variety of healthy foods. The benefits of making these changes? They lowered their cholesterol, lost weight and lowered their blood pressure.

A big study examined changes in diet quality scores and heart disease risk in 29,000 men from the Health Professionals Follow-up Study and 51,”‰000 women from the Nurses’ Health Study (1986-2010). After four years of follow-up almost 11,000 people had a heart disease “event”.

Those who had the biggest improvement in their diet quality score had a 7-8% lower risk. You can check your diet quality using our Healthy Eating Quiz.

When it comes to heart disease risk factors, get your cholesterol and blood pressure checked next time you see your GP.

This article was originally published on The Conversation. Read the original article. 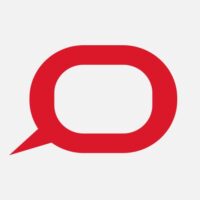 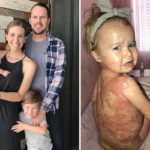 Would it be mean?
Answered 4 hours ago
Women that have had sex with circumcised and uncircumcised penises, which feels better?
Answered 10 hours ago
My Baby Was Really Ugly
Asked 22 hours ago
Male strip show!
Asked 23 hours ago