Several appointments to the ophthalmologist but still have no diagnosis?

Experiencing discomfort on both eyes such as swelling and inflammation? These problems might be caused by Graves Disease. Graves Disease is the leading cause of Hyperthyroidism.

It affects 2 – 5% of females at some time. This disease has a peak incidence between the ages of 20 and 40 years of age.

It was first described by Caleb Parry in 1786, an English physician. However, he died without publishing his findings. It was then named after Irish Physician Robert Graves instead, who described it in 1835, while Europeans know it as Badesow’s disease, following Carl Adolph von Badesow’s description and findings in 1840.

The environmental triggers are still not well characterised, but after pregnancy, exacerbation is common and it affects the thyroid.

30% of women who got the disease has been pregnant in the 12 months before the onset of the symptoms.

That being said, pregnancy has a high chance of triggering Graves disease and is most common in women. Emotional stress or trauma are also observed to trigger it.

As the disease progresses, you may feel palpitations, excessive sweating, have high blood pressure, unknown irritability, fast heartbeat/pulse, fatigue, experience weight loss, heat intolerance and changes of the hair such as hair loss or change of hair quality.

The eyes are most vulnerable to Graves’ eye disease because the autoimmune attack will target the eye muscles and the connective tissue within the eye socket. It can cause bulging or discomfort and affects vision.

Eye symptoms can occur before or simultaneously with other symptoms. It is most likely to occur because eye tissues have proteins that appear similarly to the immune system as those of the thyroid gland. It can range from mild to severe but more threatening when a person who has Graves disease, smokes.

The Journal of the American Medical Association released an article indicating that smokers are twice more likely to develop Graves disease than non-smokers. Smoking also worsens eye problems and reduces the effectiveness of treatments.

The good news for non- smokers is, this particular eye problem often gets better without treatment. All you need is to rest and lead a healthy lifestyle. But your best bet is to consult with a professional.

They have the training to diagnose and treat hormone imbalances by helping to restore the normal balance of hormones in the body. Common diseases and disorders of the endocrine system include diabetes mellitus and other thyroid disorders.

Most patients with eye symptoms have abnormal hormone levels that are accompanied by specific antibodies in the blood stream.

The components of the disease affecting the thyroid gland and the eyes have common causes, but evolve separately and must each be treated separately.

Want my advice? See an endocrinologist first before setting another appointment with your ophthalmologist. 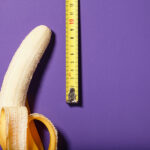 Can A Penis Be Too… Scarlet Fever – What Is…