A storm is brewing in the parliament of one of our closest allies, reigniting the battle against abortion and spurring on groups here in Australia, who have been begging for the government to introduce Zoe’s Law.

It all started this week when a new law was introduced in the US state of New York, requiring doctors who perform an abortion after the sixteenth week of pregnancy to supply an ultrasound of the foetus to state officials.

According to news reports, critics say the law is part of a continual campaign to end abortion, while others say it is simply to verify the doctor complied with state law.

Here in Australia, the news has stirred anti-abortion protestors and those in support of “pro-choice”, and re-igniting talks about Zoe’s Law, which was proposed to criminilise those who cause grievous bodily harm to an expecting mother with a foetus over 20-weeks.

If you have never heard of Zoe’s Law, here is a breakdown for you…

Zoe’s law was first introduced in 2010, following a horrific incident in which a mother lost her unborn child when she was hit by a car in NSW.

The law was set to change the national Crimes Act so that any foetus more than 20 weeks old or weighing more than 400g would be regarded as a person. This means that if someone damages a foetus through grievous bodily harm, will be held responsible for injuring it, separate to any injury they cause to the mother.

The bill formally lapsed in NSW parliament in 2014, shortly closing the controversial chapter.

The Tragedy That Started it All”¦

Brodie Donegan was 32 weeks pregnant when she was hit by a car on the NSW central coast on Christmas Day 2009. The driver was found to be high on a cocktail of drugs, including methadone.

As a result of the accident, Brodie lost her baby, who she called Zoe. The woman driver was responsible and charged with grievous bodily harm a criminal offence under the Crimes Act for the injury she inflicted on the mother. But according to New South Wales law, Zoe was not a human being because, despite spending eight months in her mother’s womb, the baby did not take a breath.

Parents Brodie Donegan and Nick Ball want to change the law to recognise a unborn child over 20-weeks gestation as living, but are adoment about how it would affect abortion. Brodie explained her reasons for pushing Zoe’s Law in an article in the Guardian in 2013, citing the work behind the proposed law.

“Many of the hypothetical scenarios floating around by women’s lobbies being worried about Zoe’s law being a threat to abortion rights are simply not true. Zoe’s law would not affect a women’s right to choose to end her pregnancy. It would not affect any actions taken by a disabled mother or underage mother. It would not affect the sale nor use of the abortion pill RU486. It cannot, in any shape or form, charge the mother. It exempts anything done by the mother or with her consent. Even if a mother committed a crime which as a result would harm her baby, she would still not be charged. It also exempts medical procedures and medical professionals assisting a pregnant woman,” Brodie said.

“It (the proposed law) would give personhood status to foetuses of 20 weeks or more, of 400 grams or more, in very specific contexts only. The mother would not lose her rights; she would only gain the right to have her baby recognised separately if, due to a violent or criminal act, the baby is harmed or loses life.

“Why have we done all of this? Because from a victim’s perspective, we wanted to have our loss acknowledged. We held our daughter. She was real and existed. Had she been born in any other circumstances, she most likely would have survived without any complications. She was a good weight and size. This is not about an eye for an eye. It’s not about murder or manslaughter, and it’s not about sending an offender to prison for specific periods of time. It’s just about recognising the life that was lost.

“I am pro-choice. I do not want to see any rights taken from women. But I cannot reconcile how the current law works. Zoe’s law works well with existing legislation, and I believe it would help give victims closure and also ensure the offender takes responsibility for their actions.”

What are the concerns?

But like any other law,  this overseas law on abortion earned diverse views from various groups. Women’s Legal Services NSW says while they are extremely concerned about the harm done to women including their foetuses (such as through domestic violence), WLS views the draft law as a clear attempt to undermine women’s rights by changing the legal status of a foetus.

“The law already provides a serious offence punishable by up to 25 years imprisonment. WLS is also worried the law could be used to impose restrictions on the behaviour of pregnant women.”

What is happening now?

According to reports, the bill is said to be reintroduced to parliament, with an amended form that does not define an unborn child as a legal person.

Do you agree on the idea of foetal personhood? 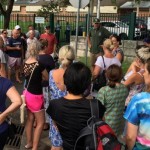 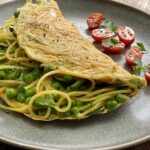 Does anyone else have family that don’t want to help them?
Answered 3 hours ago
Is circumcision rare?
Answered 10 hours ago
What is Covid making you Boycott?
Answered 14 hours ago
Traditional Date and Walnut Roll
Answered 15 hours ago