Getting divorced is hard for everyone involved. It’s hard on you, your partner and your children.

But your kids are the ones that matter most of all. When you’re in the middle of a separation, it’s easy to feel like everything is too hard. Life is changing after all, and this is an entirely new set of circumstances to get used to. If you think it’s a challenge, just imagine how incredibly unstable it must feel for your children.

Being the child of divorced parents, I can tell you that there aren’t too many things harder to do in this world than co-parent a child. Having been right in the middle of it, I know that sometimes, parents act in a way that might seem harmless to them, that actually has a profound impact on their kids. So, if you’re separated, have you ever:

1. Used Your Kids As Messengers

There were times in my parent’s divorce where I felt like I was working for Australia Post. Nobody carried more messages than me. I hated it. The problem with telling your kids to inform your ex about something, is that if your ex doesn’t like the news, it’s the kid who feels like they’ve done something wrong. Plans for visitation, who’s going to do the pick-up and who needs to pay for something are all adult discussions, and kids shouldn’t play a part in it.

2. Vented To Them About Your Partner

There’s always going to be moments your ex grinds your gears. After all, you wouldn’t have divorced them if it was rosy all the live long day. The problem is that no matter how much you hate your ex, your child has a genetic responsibility to love them. So when you angrily vent to them about what your ex did wrong this time, they’re absorbing all of those emotions and becoming even more confused. Be calm in those situations, and if you need someone to talk to consider seeing a counsellor. Take it from me, your kids don’t need it.

If you’re not a venter, you might still be guilty of doing this: passive aggression. Just say your ex calls and says they’re running late for a pick up. You sign audibly, put the phone down and turn to your child. Looks like they’re going to be late, again you say shaking your head. Sure, it might seem harmless to you, but this is passive aggression, and it sucks. Do yourself, and your kids, a favour and don’t translate those hangups. Kids in the middle of a divorce have enough on their minds.

4. Tried To Win Them Over

There’s a little part in most separated parents that really wants to be ‘better’ than their ex partner. Squish that part of you right now. I can tell you that no matter how much you try and convince your children you’re the better parent, whether it’s by slagging off your ex or trying to win them over, it’s not going to work. Instead you should be focusing on your own parenting journey, without worrying about how it compares to your partners. Have a good communication stream with your ex about how the co-parenting will work, and then stick to it.

5. Encouraged Them To Mouth Off

All kids get grumpy at their parents every now and again, especially if they’re teenagers. In the middle of a separation, this can be a tempting moment for you to score some points for yourself. When your child vents about how bad your ex is, it’s often hard to resist agreeing with them and offering examples that perhaps they shouldn’t have known. Stop. Everyone needs to vent, and your kids should be able to trust you and come to you with their problems. But they want you to listen to them, not turn their problem into another opportunity for you to insult your ex.

Parents who don’t handle separation well often find themselves playing what I like to call The Game. The Game is when one parent feels like they’re losing in the relationship split. Maybe the other person got a nicer place, maybe they already have a partner, maybe the kids enjoy spending time with them more. Who knows. The Game is when you start to share nasty rumours about that person, or accidentally let things slip to the kids that they shouldn’t know. This is dirty, and low. It doesn’t matter how much of a bad person your ex is, your kids will hear these rumours and it damages them too. In the same thread, if you’re on the receiving end of the game don’t let your kids see that it’s stressing you. Talk to a counsellor if you need to, and go through it with your head held high. You’re better than that, and you’re teaching your kids to be the same.

Getting divorced isn’t easy, but by keeping some of these things in mind you know that at least you aren’t making your kids suffer with you. Childhood is already a challenging time, with lots of new things to learn and understand. Let your kids rely on you and your partner, co-parenting even while separated. It’s a good lesson for them about putting other people first, and a good lesson for you as well.

Be wary when you’re co-parenting. You never really know how your child is feeling, especially when you’re too busy dealing with the parenting situation. 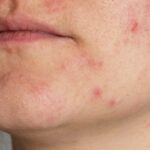 What To Do About Adult…