I once heard a story about friends in the UK, a gay man and gay woman, who used a turkey baster to fall pregnant.

He did his thing into a cup, and then she took the turkey baster and sucked from the cup and squeezed his sperm into her uterus. VoilÃ , pregnant. They now have a three-year-old son.

Here, we should add a “Do not try this at home” disclaimer! Of course, some of us have heard similar stories before, but often in other versions, this ‘technique’ doesn’t always work out and can be dangerous.

For some women, having a baby takes a little more time, some careful decision-making and a donation from a man they may never meet.

Experts estimate about 60,000 people have been born as a result of sperm donations in Australia, as of 2015, but the procedure is becoming more popular. So there is no doubt a growing number of single women, infertile couples and same-sex couples are now reliant on donated sperm to fulfil their dreams of having children.

You can use sperm donated by someone you know, or by someone who has made a de-identified donation directly to a clinic. Donors must produce good quality semen and have no evidence of any hereditary illness or sexually transmissible disease.

“The donors have formed their families and appreciate the significance that children bring to people’s lives, or they know somebody who is experiencing difficulties in conceiving and they want to help,” she told the ABC. “Forty-five tends to be the age the clinics use as a policy cut-off. If you use an older sperm donor there is an increased risk of more DNA mutations in the sperm,” she said.

“Children born from older fathers are also at a slightly greater risk of inheriting a range or disorders including autism and some mental health problems.”

To many, choosing a donor is most important and most exciting part of using a sperm donor. You have the right to decide which sperm bank and which donor to use. You have the right to sift and navigate through all available material on each donor including photos if available, physical characteristics, age, race, educational background, career history, ethnic background, general health and more. Some clinics even provide audio interviews with the donor, or allow you access to their childhood photographs, while other value the anonymity of the donor above all else. Most of the time though, you’ll get a pretty good idea of who the donors are, which unfortunately doesn’t make it easier to chose. For most people, choosing a donor is the hardest part.

Next Page: How does sperm donation work? 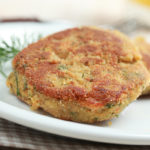 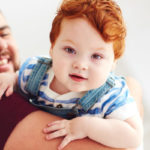