If you loved the 1994 hit film Muriel’s Wedding by PJ Hogan, then you’ll absolutely be entertained by this modern theatrical version that is absolutely hilarious. It will definitely take you back to memory lane and make you laugh, dance and sing in your seats! Total entertainment!

Muriel’s Wedding the Musical is set to light up Queensland Performing Arts Centre’s (QPAC’s) Lyric Theatre in Brisbane from 19 September 2019, with the official opening night on September 21. It’s just a few days away!

I was lucky enough to meet the Musical’s main cast: Natalie Abbott who plays Muriel and Stefanie Jones who plays Rhonda, and it was so awesome!!! I was able to get some juicy behind the scene stories from these two leading ladies.

“How does it feel to be part of Muriel’s Wedding the Musical? Tell me about the day you found out that you snagged the leading roles of Muriel and Rhonda.”

Stefanie: It is always an exciting moment when you’re called back. There’s moments in between auditions when there is radio silence and you’re not hearing much… It is total overwhelming joy to land a dream role and when you finally get to share the news with your friends and family it’s my favourite thing to do… to call my mum and dad.

Natalie: When they called, I was like…are you sure? Are you sure you want me? Because this was my first major thing ever.. my first time as a lead on a big stage. It was amazing, I’ll never forget it. I was very emotional, It was super special. I had gone to drama school and studied musical theatre, I had auditions and but never got called back. I was never picked for anything. I didnt have any professional experience behind me whatsoever. I’m so lucky that they took a chance with me and I am so grateful for that. “How important it is for everybody to have a friend like Rhonda and Muriel? While portraying these characters  have they taught you anything?”

Natalie: She [Muriel] wants to be something that she’s not and Rhonda helps her embrace what she is which is awesome. I think every Rhonda needs a Muriel and every Muriel needs a Rhonda in life. It’s one of those musicals that you need to see with your best friend, or your mum, or both. And, it’s special. Female friendships are just..it’s important…Muriel and Rhonda are the real OGs.. one of the first real female friendships represented in cinema. “Let’s talk about the costumes since it is obviously a huge part of every show. Is it bold and full of heinous 90s fashion fails?”

Stefanie: Super colourful and bold. I always associate Queensland with colour. There’s so much colour, so eye catching. What the team has done with the set and the costume is truly creative and wait until you see Muriel’s wedding dress.

Natalie: Muriel’s Wedding the Musical is set now, it’s not set in the 90s. The costumes are also current for now. The show takes you on that journey with Muriel as she evolves as well. From where she started until she went to Sydney it takes you with her. The costumes and the set together do everything.

“And the music? It must be so amazing having musical royalty be part of the same show you’re in.”

Stefanie: The original songs created by partners in life and work Kate Miller-Heidke and Keir Nuttall  capture Muriel’s heart perfectly and the heart of the show and the story and really enhances the story in a way that not all musicals can do. You also have the ABBA songs on top of that and it the music together fit so seamlessly. The songs were used in just the perfect and most clever way. They nailed it.

Natalie: You will want to go home with the soundtrack because it’s just so good. And you kind of think how can the music and book be written by two different people when they fit so perfectly together. It’s almost kind of a mind bubble because they’re so great together such a perfect combination. “What is it like backstage the hour before curtain call?”

Stefanie: Well we start with a vocal and physical warm up on stage and then we’ll have some notes from our associate director or if there’s a cast change for the evening we run sections of the show just for safety like if there’s a lot of lifts and lots of complicated moments. It’s amazing how things can change night to night in live theatre but that’s what keeps it fresh. “Are Showmances a real thing?”

Stefanie & Natalie : Ohhhhh Totally. Not for us though, us gals are sticking together. Just Rhonda & Muriel (laughs) “Muriels Wedding the Movie was mainly shot in beautiful Queensland, does it feel like you’re bring the musical home?”

Stefanie: Queensland is the birthplace of Muriel and Rhonda and their friendship, so absolutely!

There are just so many great characters and singing numbers in the show that I think all Queenslanders can relate to. They’re gonna feel that they’re just watching themselves up there. Of course, everything we know and love from the film is there as per the Australian psyche. You’re gonna get the famous lines like “You’re terrible Muriel!” and other references. It’s so good. The hit movie Muriel’s Wedding (1994) featured a number of Queensland locations in its filming.  The film used Tweed Heads as the locale for Porpoise Spit, although the scene of Muriel and Rhonda leaving Porpoise Spit was filmed in Coolangatta. Other filming locations included Moreton Island, Darlinghurst, the Gold Coast, Parramatta, Kingsford, Surfers Paradise and Sydney.

Muriel’s Wedding the Musical is a theatrical version of PJ Hogan’s iconic hit film, updated to today by the writer himself with music and lyrics by Australian award winning songwriters Kate Miller-Heidke and Keir Nuttall with additional songs by Benny Andersson, BjÃ¶rn Ulvaeus, and Stig Anderson written for ABBA.

Get your tickets at www.qpac.com.au or call 136-246 for further information.

With Muriel’s Wedding The Musical opening soon it’s time to organise a babysitter ladies and call up your Muriel to your Rhonda!  This show is recommended as suitable for 15 years+ but what a great excuse for a girls night out…

Click on the link above, At QPAC for a strictly limited six week season from 19 September to 26 October.  This is truly one musical you don’t want to miss!

*All photos by Jeff Busby 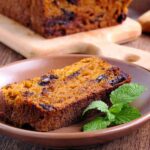 How common is circumcision these days?
Asked 31 minutes ago
Is early 40s too old to study OT?
Asked 3 hours ago
5 Best Laundry Detergent Strips that are Eco Friendly and Waste-Free
Answered 8 hours ago
Any psychics or mediums on here?
Answered 13 hours ago