Are Generation Y giving up on love? Some people seem to think so.

On the surface of it, you could chalk up things like an older average age at first marriage (in Australia, it is now 28 for women compared to 22 in 1982 and 30 for men compared to 24 in 1982) as a result of Gen Y being saddled with large amounts of uni debt and being unable to move out of home until much later because of the soaring costs of living, including renting and buying a home.

Marriage is an institution that more and more people are shunning and will never marry because it’s just not their thing, but that doesn’t stop them from forming long term relationships, even living as de factos. This can also account for a decline in the marriage rate among the younger generation.

But aside from all these factors there is a school of thought that Gen Y is just giving up on the idea of love. Period.

According to Ankush Bahuguna, a write for MensXP, the traditional notion of love just doesn’t cut it for Gen Ys:

“It’s not love we’re looking for, only excitement and thrill in life. We want someone to watch movies and party with, not someone who understands us even in our deepest silences. We spend time together, we don’t make memories. We don’t want the boring life. We don’t want a partner for life, just someone who can make us feel alive right now, this very instant. When the excitement fades, we discover nobody ever prepared us for the mundane. We don’t believe in the beauty of predictability because we’re too blinded by the thrill of adventure,” he said.

“We immerse ourselves in the inconsequentials of the city life, leaving no space for love. We don’t have time to love, we don’t have the patience to deal with relationships. We’re busy people chasing materialistic dreams and there’s no scope to love. Relationships are nothing more than convenience.”

Another writer, Nate Bagley, writing for the Good Men Project says the way Gen Y has been raised has given rise to this situation:

“We are the first generation to be raised on a steady diet of Disney Princesses and Reality TV. We’ve been spoon-fed a lifetime of extreme and incredibly unrealistic examples of what love is supposed to look like,” he said.

“In one camp you have these glamorized fantasy stories of Prince Charming riding in at the last minute to slay the dragon, destroy the evil witch, or deliver the kiss-of-life to the damsel in distress. “In the other camp, you have the Kim Kardashians, Tiger Woods, Chris Browns, and Charlie Sheens of the world. Anytime you turn on the TV, or even check out at the grocery store, you’re bombarded with stories of infidelity, divorce, abuse, and disintegrating relationships as if it were just part of regular, everyday life.”

The prevailing notion seems to be that for Gen Ys, instant gratification outweighs putting in the hard yards and effort it takes to build a relationship.

It’s easier to swipe on Tinder and overlook someone without getting to know them. They don’t like to compromise and have been raised on a steady diet of fairytale endings. Real life just doesn’t measure up. Bagley says that this leaves Gen Ys always on the look out for something better. Like upgrading a phone:

“The moment you find someone who fits your expectations, the question begins to tickle in the back of your brain”¦ what if I find someone who is a little more attractive, wealthy, funny, tall, short, kind, interesting, ambitious, athletic, etc.?”

Bagley argues that in order to turn this all around, our society and culture need to start showing marriage to be something worth cherishing and celebrating.

“I yearn for a day when married men pull single men aside just to tell them how amazing their wives are, and how much they love being married. I would cry tears of joy if it became the standard practice for married women to gush to their girlfriends with genuine appreciation for their dedicated and loyal husbands.

If you want your kids to get married, create a marriage worth celebrating, and celebrate it!“ 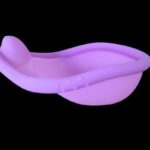 Using A Diaphragm As A… 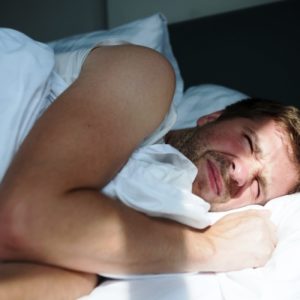 Periods! Blegh! Most women get them and most of us hate