If you’re moving to a new state there’s likely to be a greater impact on your life, and the family compared to moving a few streets away in the same suburb.

Whether your move is for a ‘sea change’, to find better work opportunities or seasonal employment, you might be part of a culture or business that needs to be mobile or your family might be part of the armed forces; more and more families are looking to make bigger moves than ever.

Resource and construction jobs have opened up opportunities further afield, but with the cost of living in some of these areas many families choose to stay put whilst the working parent has a FIFO contract.

Sydney and Melbourne have both made the list of the top 10 most expensive cities in the world to live and in NSW alone one in four of the participants in the cost of living index survey indicated the cost of living has led them to consider moving interstate.

Capital Cities in a nutshell

Has a great (although often windy) climate and a vibrant economy. The big disadvantage is the cost of real-estate – it’s a lot more expensive than elsewhere in Australia. Even if you go to the far western suburbs like Campbelltown, or the Central Coast (Gosford area) you will find your dollar does not go nearly as far as elsewhere in Australia. And living in these areas will involve a long commute if you are working in the Central Business District.

A compromise if you want to live in this area might be to live in Newcastle or Wollongong, but you would need to find work locally in these cities as although cost of living is lower, neither are generally within commuting distance of Sydney on a day to day basis. But you would likely need a job before arriving. Newcastle, for example, has one of the highest unemployment rates of any Australian city.

Melbourne’s climate is very different to Sydney’s. Winters are colder (about 14C) on a winter’s day, about 3C colder than in Sydney. That makes a big difference to the lifestyle you can have, especially as Melbourne skies in winter are a lot greyer than Sydney’s. In summer, Melbourne is probably better than Sydney, in that it’s equally warm and drier (also less humid). Even in summer though, Melbourne’s weather can be variable.

Melbourne is probably a more liveable city than Sydney, its road system in particular is better. Melbourne’s economy is very strong, and it remains the centre for Australia’s manufacturing industry. There is also a vibrant artsy and cultured feel to the whole place. Real estate in Melbourne is slightly cheaper than in Sydney. 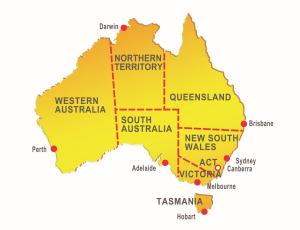 Has a wonderful climate (winter about 21C), although summer is relatively wet and humid. Brisbane’s economy is fast growing and diversifying and real-estate is far more competitively priced than Sydney or even Melbourne.

It is possible to live on the Gold Coast and commute into Brisbane (about 1 hour). The Sunshine Coast to the north, however, is a little too far away to commute to Brisbane on a daily basis.

Perth has great prospects. It has possibly the best climate in Australia (mild in winter, hot and dry in summer), a fast growing economy (with a lot of emphasis on resource based industries) coupled with relatively cheap real-estate and terrific beaches and parks. The biggest disadvantage of Perth is its isolation – Adelaide is your nearest substantial neighbour and that’s over 3 hours flying time away.

Although a lovely city, Adelaide has lagged the rest of Australia in recent decades. Adelaide’s biggest advantage is its low cost of living – it has the cheapest real-estate of any major Australian city. Finding a job is more difficult, although not impossible. However, if your profession is something like nursing or teaching, Adelaide might be quite a good choice.

Adelaide is on roughly the same latitude as Sydney but its climate is very different. Adelaide’s winters are cooler and wetter than Sydney’s, but its summers are normally hotter and drier.

Canberra offers a fantastic lifestyle for you and your family, with an outstanding school system, excellent health services, shorter commuting times, plenty of fresh air and community living. Much of what is best about Australia can be found in the nation’s capital – it’s a clean, safe and relaxed place to live.

Canberra offers all the city services and lifestyle amenities of a world-class capital: an excellent transport network; great shopping; an exciting nightlife; and a stylish cafe/restaurant culture, yet the bush is on our doorstep and Sydney, the snowfields and south coast beaches are within easy reach.

Canberra is very family-friendly. As well as Australia’s best education system and excellent health facilities, we have a clean environment, low crime rate, Australia’s best roads and hundreds of kilometres of bike paths.

Tasmania is probably only for those not looking for an especially warm climate with average daytime temperatures in high summer of 22C. That said, leaving climate aside, Tasmania can offer a very good lifestyle provided you can find a job there. Once you do find a job, salary levels won’t be as high as elsewhere in Australia, although the cost of real estate is also low. Famed for it’s local produce, foodies will love the diverse range of offerings.

Once a backwater, Darwin is now one of the fastest growing areas in Australia, helped by its proximity to Asia and new projects that will be completed in the next few years. Darwin’s population is still relatively small, and its isolation from the rest of Australia means that the cost of living there is higher than in most other States. Nevertheless, if you are looking for somewhere more unusual and exciting to live in Australia, Darwin could be worth investigating. The still small size of the Northern Territory economy means that the job market isn’t as broad based as elsewhere and finding a suitable role might take longer.

There are opportunities elsewhere in Australia, especially in regional centres in NSW, Victoria, Queensland and Western Australia. In terms of size, some of these towns and cities, like Townsville and Cairns in Queensland can rival Darwin or Hobart, as can the opportunities they offer. But you would need to investigate the location thoroughly before deciding to move there.

Krissy Hacker is a wife and SAHM of 2, expecting a 3rd whose arrival is eagerly awaited so she can return to drinking wine. She loves reviving old school ways of doing things and would do anything to get out of housework! 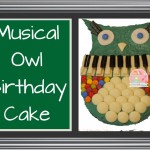 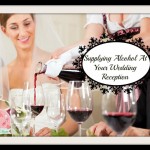 Supplying Alcohol At Your Wedding… 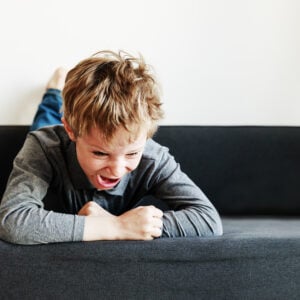