How do you think Daniel Andrews is handling this crisis?

Which is your favourite season?

Home cleaner business. What insurance would I need? Cheers

As well as all the entertainment it brings people all over the world, there’s something kind of amazing about the penis.

Here at Stay At Home Mum we admit, we sometimes can’t get enough.

That’s why we’re fans of the penis-related news story. Luckily for us, there are lots of examples of people being stupid, crazy or downright unlucky with their junk to entertain us. And believe us, that is solid entertainment. There’s also stories that inspire us, amaze us and make us wonder, “Really?”.

We have them all here.

Here are 16 amazing penis stories that definitely aren’t hard to get through.

1. Man Who Loses Penis As A Child Gets Bionic Member

Bicentennial Man might have been all robot, but Mohammed Abad is all man…well mostly. When he was six years old, he was involved in a horror road accident that saw him lose his penis and a testicle after he was pushed under a moving car. After being dragged for more than 600 yards, his penis was entirely destroyed, and it took 100 operations to get it back again. Now Abad, who recently lost his virginity, has been fitted with a bionic penis that he can inflate himself. Damn straight, that’s impressive!

After a 21-year-old bagel vendor had an argument with his girlfriend, he was so angry and devastated he didn’t know what to do. So he pulled out a razor blade and started to cut and hack at his own penis. CCTV video captured the crazed self-harm, which was only halted after several plainclothes police tackled the man to the ground. Surgeons later stated that the young man had done serious damage, and his little friend might not survive.

In a story that’s a little close to home (for some men in more ways than one), a beachgoer at Bondi Beach had his penis entirely de-gloved after being bitten by a dog. The aftermath of the dog attack, and the cringe-worthy injury, were captured on camera as a part of the Bondi Rescue documentary series. Paramedics who attended to the man said they had never seen an injury quite like this one, which was caused by a Staffordshire bull terrier who had managed to tear the skin “from the base to the tip”. The man was hospitalised and ultimately had more than 100 stitches.

4. Mistress Chops Off Lover’s Penis When He Wouldn’t Divorce Wife

Apparently, there really is no wrath like a woman scorned, especially if you’re a cheating husband who promised your mistress you were planning on leaving your wife. A Chinese man in this situation was attacked by his mistress and had his penis hacked off when she grew impatient with his unfulfilled promises of their new life together. The attack took place at a hotel, much to the horror of staff and guests who encountered the man as he ran screaming and bleeding around the hotel seeking help.

A man born with a rare condition in which he never developed a penis claims to have slept with more than one hundred women over his illustrious sexual escapades, with most of them totally unaware of his anatomy. Andrew Wardle, a 40-year-old from England went on a documentary where he came clean to his ex-lovers, old girlfriends and even his current girlfriend that, despite the bedroom action, he doesn’t have a penis. Wardle says the key in keeping up the ruse was by giving rather than receiving.

6. Man Injects Penis With Petroleum Jelly In Prison To Make It Bigger

Who knows what was really going through the mind of Serbian prisoner Alexander Djelic when he injected petroleum jelly in his penis to make it bigger. We’re guessing that it probably wasn’t logic. The 46-year-old thief followed the advice of a fellow inmate who claimed to be a plastic surgeon, and absolutely believed that he would be able to make his penis “much larger”. Instead, his genitals swelled and parts had to be cut away to allow him to urinate while the swelling went down.

7. Penis Transplants Are A Thing Now

Johns Hopkins University School of Medicine in Baltimore recently announced that they will be undertaking the first penis transplant in America. The experimental surgery was tried in China, unsuccessfully, in 2006, and then again, with success in South Africa in 2014. At present, the university has been given permission to undertake 60 of the unusual surgeries, primarily on injured veterans looking to get their lives back.

8. Prisoner Mutilates Penis To Make It Look Like Egyptian God

The only conclusion we can draw from the second ‘penis mutilation in prison’ story on this list is that there really isn’t enough to do in the slammer. In this case, convicted murder and suspected psychopath Nikko Jenkins cut his penis to make it resemble the Egyptian serpent god Apep. He worships the ancient deity (who he claims ordered him to kill four people in a 10-day period), and the penis mutilation was in homage to his god. Prison officials have no idea how he obtained the tool to get the job done, but 27 stitches were required to fix the damage.

9. Man Murdered Wife’s Rapist, Cut Off His Genitals And Ate Them

Getting revenge on the people who have done you wrong is just one of those things that humans want to do. But sometimes, the way we get that revenge is a little…well, it’s weird. Take Rudi Efendi, a 30-year-old man from Indonesia who discovered on his wedding night that his wife Nuriah was not a virgin. When he found out a man who she was dating had raped her, he went to get his revenge. He attacked the man, stabbing him to death and setting him on fire, but not before he cut off his penis so he could take it home, have his wife cook it, and eat it. Is this a case of revenge served hot and crispy?

Wearable technology is all the rage right now, and just as you’re interested in knowing how many steps you took today, others are keen to know how many thrusts it took. Yes, the first prototype for a sex pedometer has been released! Known as SexFit, it’s being marketed as the world’s first penis pedometer, able to measure the number of thrusts taken and calories burned. It also provides a little bit of vibrational assistance.

If the history of man has been anything to go by, when people get desperate, they sure do get creative. Nothing proves that more to us than the rising trend in Australia of prosthetic penises being used to cheat drug tests. VICE magazine found that in Queensland, the sale of these prosthetic penises had gone through the roof, along with the synthetic urine that many drug-taking employees need to pass regular testing. The penises come in a range of colours, and have free-dried synthetic urine as well! 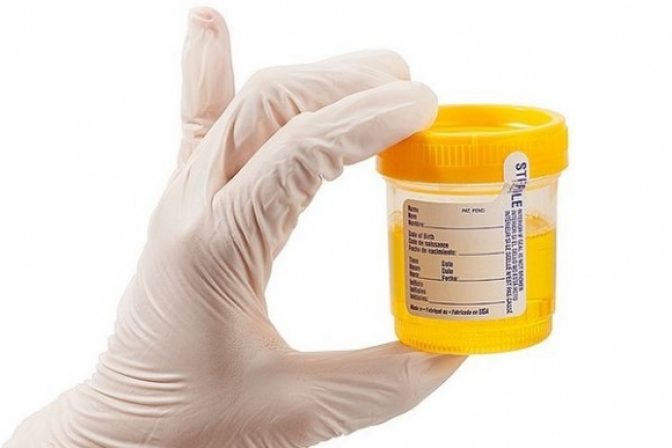 13. Firemen Come To The Rescue, Cutting Men Out Of Metal Penis Rings

It’s always interesting to hear about new sex toys that have penetrated the market, especially when they’re used the wrong way by clueless people. In a stunning example of this, firefighters in Osnabrück, a village in Germany, were called to the rescue of two separate men on two occasions who had managed to jam their penises in penis rings with no chance of escape. The firefighters were forced to, very carefully, cut the rings off so the men could go about their business.

Couples get up to some strange things together, and make promises with each other that people in the outside world can’t begin to understand. If you don’t believe us, take the case of Bronwyn Joy Parker, aged 22, who agreed with her boyfriend that if he was ever unfaithful to her, she would burn his penis with a hair straighter as agreed punishment. When he did cheat, Parker ended up causing third-degree burns to the member, which medical professions estimate may take two years to heal and longer to return to normal. Parker received a suspended sentence. 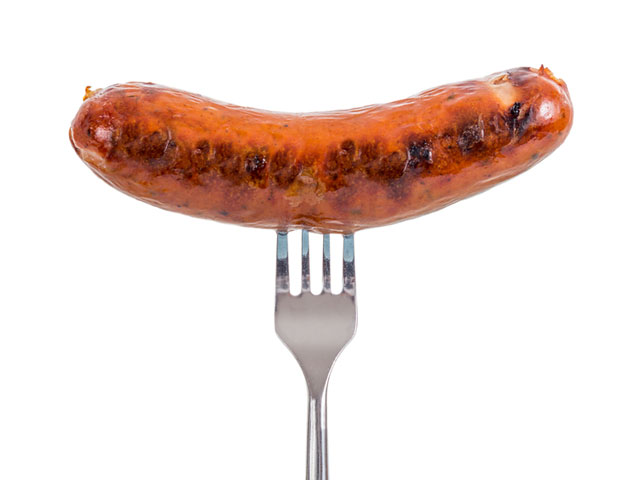 15. Man Gets Tattoo Of Vacuum Hose, On His Hose

Lewis Flint, a 21-year-old barman is one man who is definitely regretting his choice of body ink. When he was just 16 years old (under legal age), he had a tattoo of Henry the Hoover, a vacuum cleaner mascot, tattooed below his waist. The tattoo also includes a power cord that stretches around to his buttocks. Recently featured on reality TV series Bodyshockers, Flint tried to have the tattoo laser removed but said the pain in the sensitive areas was so intense he had decided just to live with the tattoo. However, he fears he’ll never have sex again.

16. Man Claims To Have Penis 19-inches In Length

Now, we have tried as hard as we can to verify this (we even watched the video), but we aren’t quite sure if Mexican man Roberto Esquivel Cabrera is telling us the solid truth. See, the 52-year-old man claims that he is in possession of one of the world’s most sizeable penises, some 18.9-inches in length. He’s even weighed the beast, which hangs well below his knees, and found that it comes in at nearly a kilogram in weight. Cabrera says that although he’s proud of his endowment, his penis is so hefty that it gets in the way of everyday life, and makes it difficult for him to work. Doctors in Mexico have x-rayed and confirmed the size of the meat, which may very well be Guinness World Record worthy.

Have you read any of these penis-related news stories? What do you think?