It’s not unusual to be really wary of someone who has cheated in the past, whether they cheated on you or you know that they have previously cheated on someone else.

There’s a saying “leopards don’t change their spots” and “once a cheater, always a cheater” that people often use when talking about someone with a dodgy arsed track record when it comes to fidelity.

And a study published in the Archives of Sexual Behaviour backs this up.

According to study co-author and clinical psychologist Frank Dattilio, from Allentown in Pennsylvania, something called the “threshold effect” comes in to play.

This means that if you cheat once, you might not see being unfaithful as being a huge deal in the future.

That being said, 70 per cent of those who had strayed with previous partners said they were faithful in their current relationships, which means there is hope that some cheaters aren’t always cheaters.

Dattilio advises that if you want to know whether a previous cheater is reliable now, you should talk to them about infidelity (if it happened in your current relationship or their previous one) and see how they react.

If they avoid the subject and are acting like it’s no big deal, then you have cause for concern, according to Dattilio. This is a sign that they don’t consider fidelity to be a priority. But if they come clean and admit that the cheating was a terrible mistake, then you can be assured they take the matter as seriously as you do.

My thoughts are that generally speaking, once a person cheats in a relationship, they are very likely to cheat again in that relationship.

Other times, people cheat because they are conflict avoidant. They want to break up with their partner, but are either too afraid of them in particular or too afraid of conflict in general to want to break up, so they’ve just kind of consigned themselves to staying in an unhappy relationship. Then, someone reminds them of how awesome it would be to be single/with somebody who cares about them, and they don’t have the bravery to dump their current lover first.

I’ve never cheated, but I think there’s a fundamental difference between the kind of person who cheats for the first reason, and the kind of person who cheats for the second. The selfish cheater is a person that, if they did that at any point in their adult life, I’d never trust them again. The conflict avoidant cheater, that’s a kind of person it would still be hard to trust, but especially if it happened in the context of an abusive relationship where they were afraid to end it for really good reasons, for example, or if they spent a bunch of time in therapy and seemed to have reached a place where they were good at resolving other kinds of conflict in their lives, I could trust them.

But oh man, if they cheated on me, never.

If you can see that they are genuinely torn up about it, perhaps they aren’t a cheater anymore. 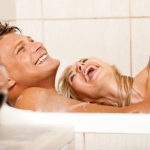 The 4 Fascinating Secrets Of… 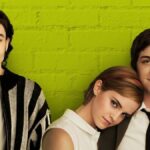