A cringe-worthy letter written by a paedophile defending his reasons for exploiting children has gone public, and it will make you feel sick.

The letter was read to the District Court in Adelaide on Wednesday, detailing that the 27-year-old was only interested in photos where children could be seen ‘giggling and laughing’.

The letter was read to the court as part of Cechhin’s plea to withdraw his guilty plea into producing child pornography.

Cecchin told the court on Wednesday the letter read out contained views of the child pornography website and not his own.

He also denied that he was the author of a 329-page chat log seized from the website.

In part of the 329-page chat log, two members discuss a variety of sex crimes and one, identifying himself with Cecchin’s nickname ‘Kinder Surprise’, details abusing his baby niece.

Cecchin told the court how he was given the nickname of ‘Kinder Surprise’ during an ongoing relationship with an American site user who he claimed had groomed him for deviant sex. 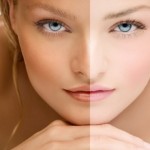 How To Apply Fake Tan 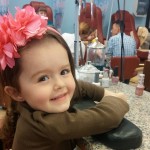 Watch This Girl Belt Out…