Placenta previa is a condition that affects one in 200 pregnancies.

It involves the placenta implanting at the bottom of the uterus, where it covers the cervix.

When a woman is pregnant, the placenta plays a vital role in that it ensures that the baby has oxygen and nutrients from the mother’s bloodstream as it grows. However, when a woman is suffering from placenta previa, her placenta will obstruct the cervix, leading to issues with delivery.

Many women do not realise they have placenta previa until scans or physical examinations show the issue. However, some mothers do experience painless vaginal bleeding at around 20 weeks. Of course, placenta previa is not the only cause of bleeding around this time, but any woman experiencing bleeding should go to their doctor if they are pregnant.

There isn’t one single thing that causes placenta previa, but there are some risk factors associated with the condition. These include a low implantation of the egg once fertilised, any kind of abnormality in the uterine lining, such as fibroids, scarring of the uterine lining and abnormalities in the placenta. Placenta previa is also more likely to occur when a woman has delivered six or more babies, or in cases where the birth is a multiple one, such as with twins or triplets.

Other risk factors with placenta previa include:

Doctors will usually be able to tell you if you have placenta previa based either on an ultrasound scan, or by feeling the belly to see where the baby is lying. When the baby is sideways, or in a breech position (bottom first), then placenta previa is present in about one in three cases.

In come cases, it can be difficult to see whether a woman is suffering from placenta previa or placental abruption. The latter is a condition where the placenta has separated from the uterine wall. Both conditions are usually heralded by heavy bleeding of blood that is bright red in colour. A vaginal examination is often used to determine whether placental abruption is behind the bleeding. However, if the woman is actually suffering from placenta previa, this vaginal examination could trigger more heavy bleeding. For this reason, an ultrasound scan should always be done first.

Next Page: More things an expectant mum should know about placenta previa 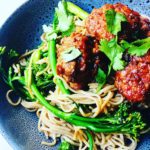 15 Things You Can Start…